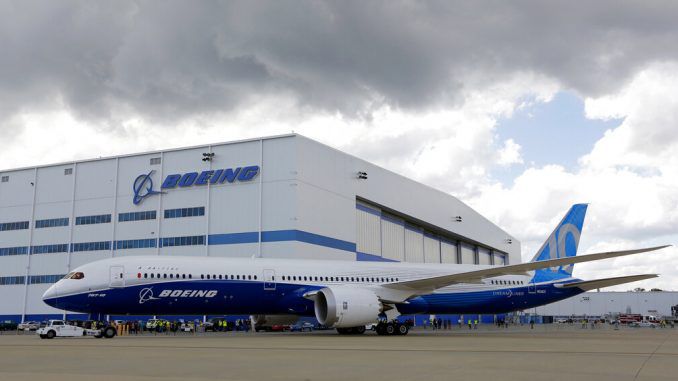 Reuters is reporting that Boeing will spend hundreds of millions of dollars or more to inspect and repair Boeing 787s that are suspected to have manufacturing flaws in the fuselage skins. Boeing stopped delivering Dreamliners in October and didn’t fix the manufacturing process until February, according to the unnamed sources used for the report. It’s not clear how many other aircraft in the fleet are affected and Boeing has not told airlines how many aircraft are involved, Reuters reported. Eight aircraft were grounded last August because of the potential defect. Boeing has started the inspections and repairs with 88 aircraft built in the last year or so that have been stored since completion while engineers figure out how much of the fleet is affected.

The 88 stored aircraft will undergo a monthlong inspection and repair process that a Reuters source described as “open heart surgery.” The seats and floors of the aircraft have to be removed and the internal fuselage skins measured to detect the wrinkling, which is invisible to the naked eye. Where wrinkling is found, the fasteners on both sides of the skin have to be removed and a shim installed to fill the gaps that cause the wrinkling. The repair work has already begun at Boeing factories in Washington and South Carolina and a source told Reuters it could take years to fix the fleet. The report came as the FAA announced $6.6 million in fines against Boeing for failing to meet obligations under a 2015 settlement agreement and for two other violations.