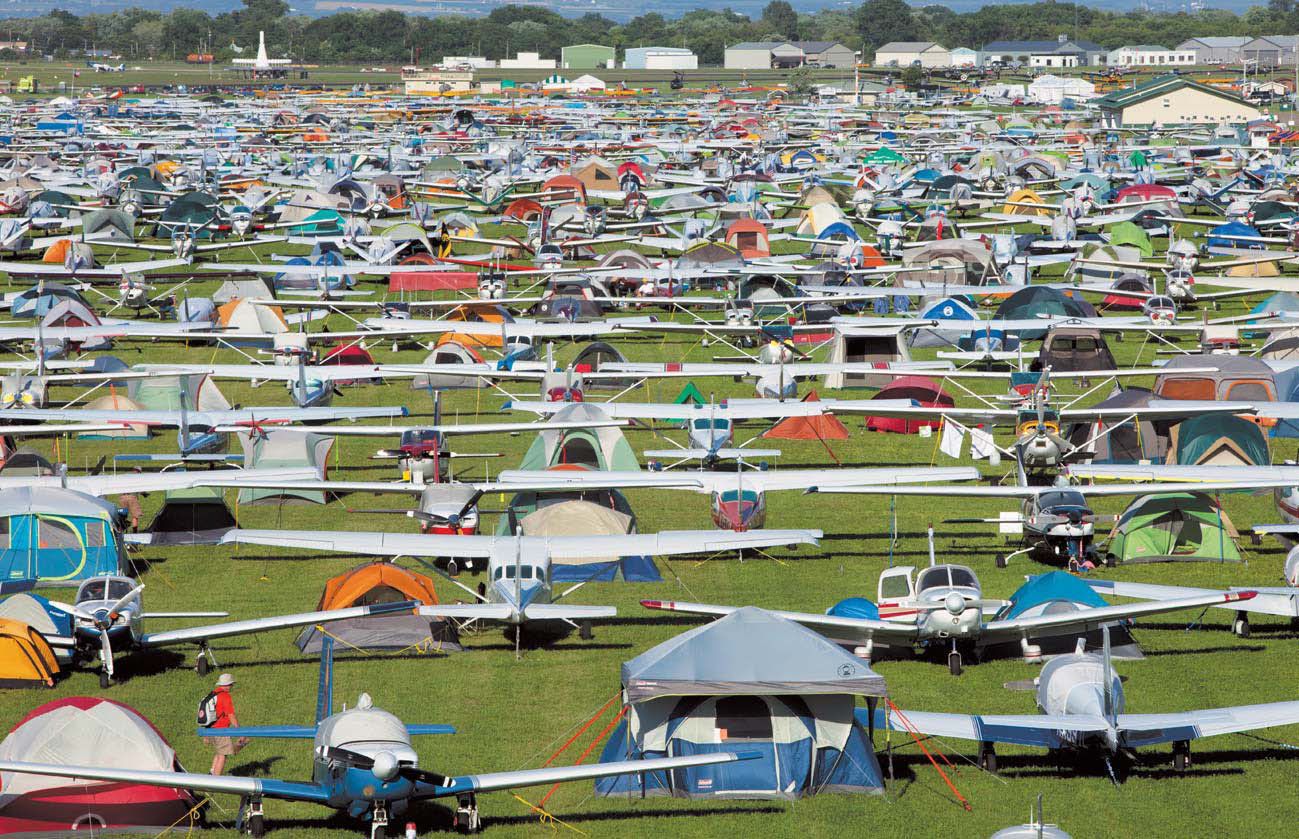 Last year was only my second time flying the Oshkosh VFR arrival, so I’ll take everyone’s word that it was the worst they’d ever seen. And I’ll believe that too, because it was the craziest thing I’d ever seen and I’m surprised there weren’t any mid-airs because I saw some dangerous flying by a lot of pilots. Not to mention blatant disregard for the in-trail spacing. I had actually intended to arrive IFR, but due to a mix-up with my departure clearance I ended up flying VFR into the mix of all the other aircraft. The timing of my flight (which started from home base earlier in the morning) meant that by the time I got to the Wisconsin area, it was all VFR and improving.

All I know is that something has to change, and this FLD Bailout sounds like it’s worth a try. Even if it just ends up being separating the arrivals into two paths, that still seems like an improvement if it means everyone is calmer and more easily able to maintain their spacing.

The FISK arrival scares the living Beegees out of me. Did it only once. Sky filled with little aircraft, generally going in the same direction (although not all) and none of them with complete situational awareness of where everyone is (just too much information). Luckily for me, my Mooney was able to do the faster 135-knot, 2300′ procedure and avoid 98% of those I saw. Still did two go-rounds (tower ordered) on 27 because of shenanigans on the runway.

This year will be the seventh time I will arrive into Airventure using the Diamond Lane. This year I have volunteered, trained, and qualified, to be responsible for the arrival of three of our aircraft in one of the Caravan elements – I will be an Element Lead. This is the absolute safest way to go to Airventure, in my opinion. We train together, we practice together, we have sound (US FFI) procedures (developed by a former Bone test pilot) and it takes just under 6 minutes to put our 60+ aircraft down on runways 36L and 36R from first to last. Safely and in style.

Bonanzas, Cherokees and Cessnas all have equivalent efforts, although I only know how ours works. Looking forward to this year’s evolution at the end of next week (20 July).

Do You Think Boeing Will Ever Put Its 737 MAX Problems Behind It?

Boeing will be fine. Look through the ages at the Constellation, DC6, L188 Electra, DC10. All had major problems, all were fixed.

If they don’t go bust first.

It’s not an airplane problem…it’s a training problem. Do they need to make some tweaks and adjustments…yes…but fundamentally it a pilot training issue.

Convert them into freight haulers!

Change its name, new lipstick on a pig.

By the end of the year.