WhatHave You Got In Your Back Pocket?

The Brits have such a good phrase for thistime of year, “high summer.” The days are still long, the Sun burnsthrough us on the ground so we fly as much as we can and wish we were flyingmore. A few of the pilots here in the Lounge just completed what has become anannual event for us. We get together for a weekend a little ways from here andfly seaplanes. There are always about four pilots who pick up the single-enginesea rating over the weekend and several who take the opportunity to get currenton floats or take a little dual to see how they like it. A very pleasantby-product of the weekend is a lot of good conversation among pilots with widelyvarying experience levels and points of view. This year was true to form and I,for one, enjoyed the exchanges of ideas despite being troubled by some of theopinions expressed. 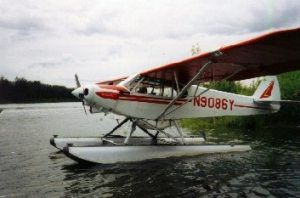 Theprimary topic of the weekend developed from the comments of the pilots who wentback to student status in the process of picking up the seaplane class rating.Being normal, those pilots/students wanted to know what to expect on the flighttest. Being bright, they did their homework and read the Practical TestStandards (PTS) so they knew precisely what level of performance was required bythe FAA in order to pass the checkride. To the chagrin of the students, theythen discovered that the instructors all had tougher performance standards thanthose set out by the FAA. As far as the students were concerned, it wasn’t badenough that some of them were trying to sort out using a stick instead of awheel in addition to the novel concepts involved with airplanes capable offloating more than briefly. To them, it was unreasonable that they would have tospend the extra money to train to a performance level above that of the FARs.

I sat back and listened. As an instructor, I have seen time and time againthat Plato was correct, a student is incapable of evaluating the appropriatenessof a course of instruction and its relevance. In the thousands of years sincehis words were recorded, that observation has not stopped students from havingstrong opinions as to their lessons. This weekend the students cogently pointedout that the examiner would not demand altitude holds within 50 feet normaintaining a heading within 10 degrees when coming off the step after alanding. Why, they inquired, were the instructors such jerks to demand more thanthe FAA wanted?

Minimum Standards And The Checkride

One of the onlookers pointed out that when Congress set up the FAA, it saidthat the new agency was to establish minimum regulations to ensure aviationsafety. Therefore, the Federal Aviation Regulations are just minimum standardsand any pilot with any sense of pride would not be satisfied with flying to onlythe minimum standards. Another pilot said that the Congress had told the FAA towork for aviation safety with a minimum number of regulations, and that the oldminimum standards argument was simply wrong. I figured I’d stay out of thatdiscussion as it wasn’t going anywhere. 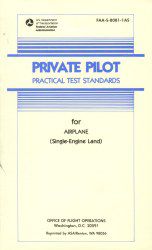 Despitethe comments of the students, the general consensus of the group was that anyself-respecting pilot should be able to exceed the PTS.

One of the instructors did speak up. He had been around seaplanes for morethan a few years and had seen far too many accidents and bent airplanes. Hesimply said that he’s watched pilots prepare for checkrides and pass them, thenlet their skills deteriorate afterward. He was of the opinion that a pilotshould be in the habit of flying as precisely as possible at all times and hedemanded such when giving instruction. He knew that many of the pilots herecommended for a flight test would never again have the level of skill with theairplane they demonstrated on the last lesson before the checkride, so he wantedthat level to be as high as possible. He felt that pilots who learned from anexample in which much was demanded of them would tend to demand a great deal ofthemselves.

Old Hack was monitoring the conversation and stepped in and said thattraining to the highest tolerance possible was great, but when does theinstructor call it a day and send the student for the flight test? It costsmoney to fly; no student can afford to just keeping going with an instructor inthe hope of achieving perfection prior to taking a checkride. So, darn it,(well, Hack used stronger words) how good is good enough?

That brought the conversation back to Earth. The instructors indicated thatthey trained to a level above that of the PTS by some personal comfort levelbased on their experience and learning. Even when a student had a bad checkrideday, the margin built in by tough training usually paid off.

What About the Real World?

Okay, what was good enough to pass a checkride was solved, but I wasn’tsatisfied I had a handle on how good is good enough for the pilot who hopes tofly, enjoy it and stay alive while doing so.

Most all of us have visual images in our heads of what we would like to beable to do with an airplane. For some of us it is to do aerobatics better thanPatty Wagstaff (good luck), for others it may be the ILS where the needles arelocked in the center as we make the minutest corrections. Can we attain such alevel of performance particularly when we are flying on a budget? Does it reallymatter? 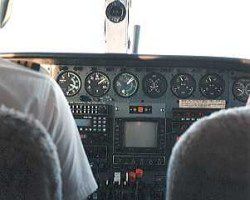 Unlessone has some interesting mental defect, there is intense pleasure from doingsomething well. The more difficult the better. That’s why a landing in atailwheel airplane, done well, is more enjoyable than in a nosewheel airplane.We have all been inspired by the way a pilot has flown an airplane in ourpresence. I had the great good fortune to be in the right seat of a Cessna 402when XB-70 test pilot Al White was flying. He made two steep 720s.Three-quarters of the way through the maneuver I tapped the altimeter on my sideto see if it was stuck. It wasn’t. It simply hadn’t moved. Someday I hope tocome close to flying an airplane as he did. He turned a collection of inanimatemetals into a living thing. His flying was art. No, I’ll never fly that well.But, I’m sure going to try.

But why try? What do we do about the pilots who assert their skills are”just fine” and accuse anyone who seeks to fly more precisely, moresmoothly and with more panache of simply being anal-retentive?

Oftentimes those most vocal in asserting they are flying “justfine” are the worst offenders of the crime of abusing an aircraft by poorpiloting. Perhaps if they would put a fraction of the energy they expend makingexcuses and defending themselves into improving their skills, they might makeoutstanding pilots. 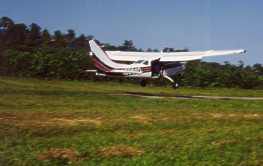 But,does it really matter? Other than for personal satisfaction, why make the effortto fly well all of the time?

Much of the time we launch from wide, long runways, fly in decent weather andland in a workmanlike fashion. We use a fraction of the skills we once had. Formany of us, our skills deteriorate to the level of the day-to-day demand. Thereis no incentive to improve and most pilots get away with the way they havealways done things. So why bother? Some of those involved in the evening’sdiscussion accused those who sought to fly just a little bit better each time ofhaving various psychological problems.

The conversation ended before I had an answer that satisfied me.

On that sour note, I came to Oshkosh. Deep inside I felt that a pilot shouldalways be working to be better, but some of the comments made about weirdcompulsions and anal-retentiveness nagged at me. Is the aviation communitybecoming one that tolerates an attitude of just doing enough to get by? 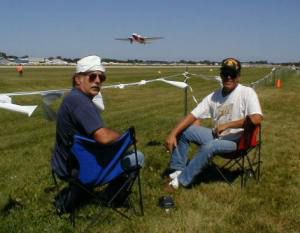 Oshkoshdoes good things to a person. Just sitting by the runway for a while andwatching arrivals will do wonders to improve one’s perspective. Being aroundpeople who love airplanes is simply the best therapy for any negative feelingsabout aviation that one may harbor.

I also saw some very near things. The ground was soft and some pilots whodidn’t seem to be able to feel their airplanes got stuck or eroded their propsas they taxied on the grass with the control wheel forward. I watched a 182 onfinal to runway 27 being overtaken by a Beech 1900D. The controller repeatedlytold the 182 to turn left and enter the downwind for runway 36. The 182 didnothing but bore in for runway 27. The controller kept trying, without success,to get the 182 to make a turn. Finally, the controller gave up and sent the 182around. That caused a response. The 182 went around, but flew level rather thanclimbing. Within moments it hit some wake turbulence and rolled violently right,about 80 degrees. I’ve seen a couple of accidents; I didn’t want to see another.Fortunately, the pilot managed to collect the airplane. I walked on, shaken.

It was Dr. Walt, another of the Lounge regulars, also at Oshkosh, whoprovided the perspective I needed. He reminded me that we humans are the productof thousands of years of two-dimensional evolution. Gaining the sky is notsomething our bodies are naturally programmed to do. It requires training and,in a number of cases, suppression or repression of reflexes that served ourancestors effectively. After all, if we follow the guidance of our inner earwhen on instruments, our life expectancy is measured in minutes. We have tocontinually train to fly precisely because our skill levels deteriorate and weare not naturally able to objectively evaluate our flying skills.

Dr. Walt put it succinctly: “What have you got in your backpocket?” In aviation, there are times that demand every bit of skill youcan scrape up. To make sure the demands are not greater than the supply, a pilotshould always be working to be the best possible, to have some skills in theback pocket – in reserve so to speak – for those trips into Oshkosh when thewake turbulence rolls you or when the fog means the approach really will be tominimums or the engine isn’t putting out power and you have to put the airplaneinto that field right there, right now.

Herepeated it, “What have you got in your back pocket?” It is a goodquestion. As a pilot are you adding to that bank account of available skills youcan call on when you need them? Personally, when I see Sandy slipping theCitabria over the trees to her feather-wisp touchdowns, I know she is doing sobecause she loves to fly as perfectly as possible and is lost in the sheer joyof doing so, but I also know she is adding to that incredible storehouse oftalent she possess. When she has her engine failure, she’ll probably not evenscratch the airplane. On top of that, I know that when she gives rides topeople, they don’t fill the Sic-Sacs and crawl away from the airplane hatinggeneral aviation; no, they have a delightful experience to be remembered fondlyfor years. And, more than one of her passengers has gone on to learn to fly.

Thanks, Dr. Walt; that’s what I needed – a pragmatic approach that justifiesmy internal desire for the majority of pilots to simply fly at the highest skilllevel they could and to understand why they should continually seek to improveand hone those skills.

Despite what the naysayers assert, it is perfectly acceptable to admit youwant to fly in harmony with the machine and try to be better at it than anyoneelse in the world.

Hope you got to Oshkosh.

See you next month.