General aviation pilots tend to shy away from flying into majormetropolitan airports, either because of traffic density or becauseof worries about ruinous landing and parking fees. Yet many bigmetro airports are surprisingly GA friendly and at the top ofmy list is Washington National.

National is one of a handful of busy big-city airports that tracesits modern history back to the heydey of propeller airliners duringthe 1950s. Unlike many airports, it never got moved to the suburbsand as such, it’s located very close to the downtown area it serves.

National is actually situated in Virginia, across the Potomacfrom the District of Columbia, so when you’re looking for chartsand plates, look in the Virginia section of your NOS or JeppesenAirway Manual. When planning your flight into DCA, be mindfulof the various prohibited areas around the city, especially P-56,over the Capitol and White House. 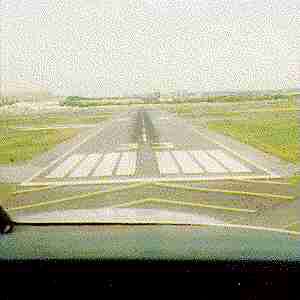 Some agonize over whether to fly into DCA IFR or VFR. My viewis that if weather permits, go VFR. Washington is a very sceniccity from the air and when you’re VFR, chances are good thatATC’s vectors will take you near some interesting sights. Caution:ATC will keep you high—perhaps 2000 feet—then give you the oldslam dunk at the last minute. Be ready for it. Most light aircraftare assigned runway 33. If you make the turnoff at Mike taxiway,it’s a left turn and around the airline terminal (South Finger)to Signature (the sole general aviation FBO).

If you have to go IFR, remember that DCA is a high-density trafficairport, meaning that IFR slot reservations are required. It’susually not difficult to get one; however, don’t expect to getthe slot time you want on short notice. We recommend phoning thereservation office’s automated voice-response line (1-800-875-9694)at least 24 hours ahead of your trip, but you can make reservationsup to 96 hours ahead.

Let’s say you sneak into DCA VFR and the weather goes down duringthe day. Will you be stuck on the ground without a reservation?Probably not. The TRACON is very good about allowing aircraftinto the system without reservations; just don’t abuse it. Askthe guys at the Signature counter to connect you by phone to ATC.They know the ropes.

Transportation into downtown Washington couldn’t be easier. Youcan grab a cab right from Signature for about $12 to $18, dependingon destination. Or, my choice is to the take a short shuttle busride (free) up the Metro stop in front of the main terminal. For$5, you can ride all over town on a clean, air-conditioned subwaysystem. Can’t beat it. The shuttle comes by right in front ofSignature about every five minutes.

What’s to see in D.C.? Plenty. The Air and Space Museum tops themust-see attraction list, plus all of the Smithsonian’s otherexhibitions. Not to mention the monuments, the White House andCapitol and on and on. For dinner or lunch, grab the Metro downto Georgetown and shop the eateries there. Not always cheap, butalways a great variety and usually tasty.

If DCA’s traffic and fees absolutely put you off, try CollegePark, Maryland. There’s a Metro stop not too far from the airport;a long walk or a short cab ride. Dulles is a possiblity, too,but it’s a long ride from downtown Washington.