This year’s National Business Aircraft Association meeting in Orlando, Florida, was judged by most of the press as a success. It sure looked like it: Lots of heavy metal on the spacious conventions site floor (more at the static displays at the airport), and lots of suits walking around looking like they had money to spend.

Why do corporations think that "entry level" means a CitationJet? Yes, a jet is faster, offers more all-weather capability, is more comforatble, looks better and all that, but a single engine light plane can fit the bill for many missions at fraction of the cost.

Piston aircraft can be business aircraft! 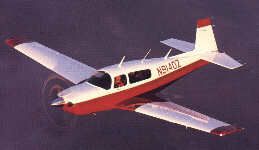 I use my airplane regularly in business and have for years. It isn’t a bizjet. I started with a Mooney single, progressed (?) to a Grumman twin and through two Aerostars. One year the Aerostar did 400 hours, mostly in the corridor between Raleigh Durham and Boston…all business. Some of my passengers didn’t love the small plane at first, but when it could get you from Philadelphia to the Western suburbs of Boston in 55 minutes—well, they loved that. I’ll bet the average time spent from curbside to takeoff at Boston’s Logan on the airlines is longer than that—never mind the flying time.

When I visited Commander Aircraft in Oklahoma City this summer to fly the new Commander 114 (see my pilot report), they were counting on getting businesses interested in moving four executives in comfort on missions in the 100-300 mile range. That distance can be done with speed and ease in not only the Commander, but in a variety of single-engine aircraft.

When I finished with a visit to Terra Avionics in Albuquerque, New Mexico recently, I departed ABQ in my Aerostar for Santa Fe while a Learjet was taxiing out. At SAF I landed behind him in the pattern and actually reached the terminal before he shut down and deplaned. My piston twin beat the bizjet on this short trip.

Walk before you run fly

Before businesses can fly jets, it makes sense to me that they fly smaller, less expensive aircraft first. Don’t you walk before you fly? If the NBAA wants business aviation to grow, it ought to start at the beginning. Spending money on getting corporations to buy jets is fine, as long as there is some effort at getting smaller businesses into aviation.

One aviation marketer told me that if we could get the volume in our industry up, we could lower everyone’s prices. If Cessna could sell 5,000 new airplanes next year I’ll bet the prices could be lower than the recently announced ones. And if the avionics industry made more radios their costs could come down too. Increased traffic would be good for FBOs who could pump more gas and provide more services, perhaps lowering the price of fuel as well. An increase in demand, created by enticing smaller businesses into the aviation market would be good for everyone. 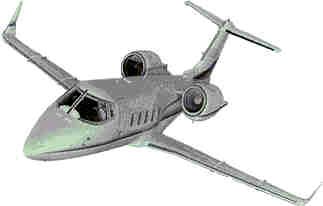 Business use of light aircraft is an underutilized resource. There are some reasons for this. First, the safety of "small" airplanes is often called into question. But this is nonsense: the vast majority of aircraft accidents are pilot-caused, not machine-caused. And a professionally flown light aircraft is many times safer than any automobile trip you might take. Second, there is a perception that if it has propellers it is dangerous and uncomfortable. These "bizet bigots" get their ideas from the airlines. Third, there is the misperception that without jet speeds, you might as well be driving. This is simply not true, just do the math on a 100-400 mile trip in a 150 knot airplane.

Interestingly, the only aviation "business" that wouldn’t benefit would be the FAA who might see this expansion as adding more work to their current overload. Towers might have more takeoffs and landings, ATC might have more flight plans and the DUAT would need more ports. Does this make you wonder if the FAA really wants to "promote aviation"? There are already several industries that are upset when you bring them business. Did you ever go to the post office with lots of letter and packages? "Buy your own postage machine," I was once told by the postal clerk. Did you ever hear a flight attendant or gate agent say, "boy am I glad we have a full flight today?" Like these, the FAA and possibly congress, might see the rise in small aircraft use for business as an excuse to levy user fees, or raise the fuel tax.

So how do we encourage more businesses to use light aircraft? At some level, we all can have a role in informing business what aviation can do for them. I have often told fellow executives how I use the airplane, and how they can too. Let the media in your area know when the are misinformed about some facts about general aviation. Maybe invite a local reporter along on your next business trip so they can see how General Aviation works. Let the secret out.

While there was representation by some of the smaller aircraft manufacturers at the NBAA convention, there wasn’t enough support by the association itself. This is a tree that won’t grow by itself. This is a job for all of the light aircraft manufacturers. They need to do a better job of letting the public know about the utility of their products, and they need to lobby the NBAA to recognize their role in business aviation.

If we want aviation to grow in business, we’re going to have to start at the bottom, plant the seed, and water it well.