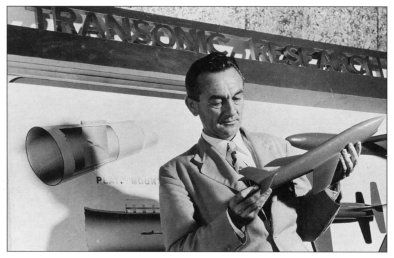 Sometime in 1978, I was thumbing through an issue of Esquire magazine and it fell open to an excerpt from Tom Wolfe’s “The Right Stuff.” The book would appear the following year. Esquire picked Wolfe’s breathless recounting of Chuck Yeager’s historic Mach 1 flight in the X-1. Today, October 14, is the 73rd anniversary of that flight. That Yeager’s flight and the man himself were a revelation to Wolfe led to the line in the movie version, “They were called test pilots. And no one knew their names.”

Perhaps that was true of the freckle-necked masses, but it wasn’t true for this aviation-obsessed first-grader. Might have been second grade, which would have been 1957, 10 years after the fact. I certainly knew who Chuck Yeager was, what the X-1 was and how the two connected because I had read it in one of those Golden Books about aviation that I absorbed instead of my phonics reader. According to my second-grade report card which, improbably, I still have, I nonetheless got a B+ in reading, thanks to the merciful pioneering efforts of Sister Mary Clare in the field of self-esteem boosting participation trophies.

Even today, knowing who Yaeger was and what he did would constitute deep knowledge. Although he got the glory—and continues to—he was but the point of the spear. The actual flight occurred on Oct. 14, 1947, but the government suppressed the announcement until the following June. Later that year, the X-1 team was awarded the Collier trophy. The black-and-white press grip-and-grins of the day show Yeager shaking hands with Harry Truman, but who are those other two guys who shared the trophy?

The one on the right is Larry Bell whose Bell Aircraft designed and built the X-1. The one on the left is John Stack. John who? Even I admit I knew the name, but didn’t quite know the history. Stack was an aeronautical researcher who joined NACA—the precursor to NASA—in 1928, a year after Lindbergh flew the Atlantic. At a time when a fast airplane was tooling along at 150 knots, Stack’s interest was in high-speed flight and eventually the problems associated with compressibility and shock wave effects on airfoils at high speed. Much of it centered on propellers, whose tips approached and exceeded Mach 1.

Contrary to popular belief, as revealed in John D. Anderson’s “From Engineering Science to Big Science: The NACA and NASA Collier Trophy Research Project Winners,” the X-1 era wasn’t entirely pioneering new knowledge on shock waves but applying what had already been discovered. Almost 60 years earlier, in 1887, the Austrian  physicist  Ernst Mach had photographed a shockwave from a speeding bullet and developed rudimentary data on its characteristics. For his efforts, he got his own number, but not until 1926, when a Swiss aeronautical engineer named Jakob Ackeret made it so.

Throughout the 1930s, Stack and his NACA boss, Eastman Jacobs, toiled creatively in developing wind tunnels capable of high-speed flow. One of these eventually became the famed “11-inch,” a tunnel that could sustain about a minute of high-speed flow using air from a giant compressed tank. Since no aircraft were directly envisioned and neither were the X-planes, this was pure research for the sake of investigatory curiosity. It wouldn’t remain thus.

Among Stack and Jacobs’ numerous discoveries were that the air behind a shock wave departed the airfoil surface and dramatically decreased lift and increased drag, a problem that would reveal itself in the X-1’s earlier tests and before that in the notorious compressibility problems in the wartime P-38. This was, at the time, called a shock stall.

As early as 1934, using a schlieren photographic system, Stack produced a photo of a shock wave acting on an airfoil in the transonic region. It was a fuzzy picture but the implications were unmistakable and according to Anderson’s reporting, these discoveries electrified the aeronautical research world. A curious graph of the day depicted two drag curves, one rising and one descending. The first was the subsonic regime, the second the supersonic. In between was the “unknown,” the transonic gap.

As early as 1933, Stack proposed a theoretical pure research airplane that eventually led to the X-1. On paper, he called for a turbojet aircraft that could take off under its own power and have a maximum speed of Mach 1. By the time Bell Aircraft got hold of the idea in 1944, the airplane was to be rocket-powered and air launched from a B-29. And thus was born not just the X-1, but a series of rocket-powered research aircraft culminating in the X-15, whose 199 flights generated data that helped buoy the space program and put Americans on the Moon.

So as we observe Supersonic Day, we should remember that although Chuck Yeager flew it, John Stack thought it up.