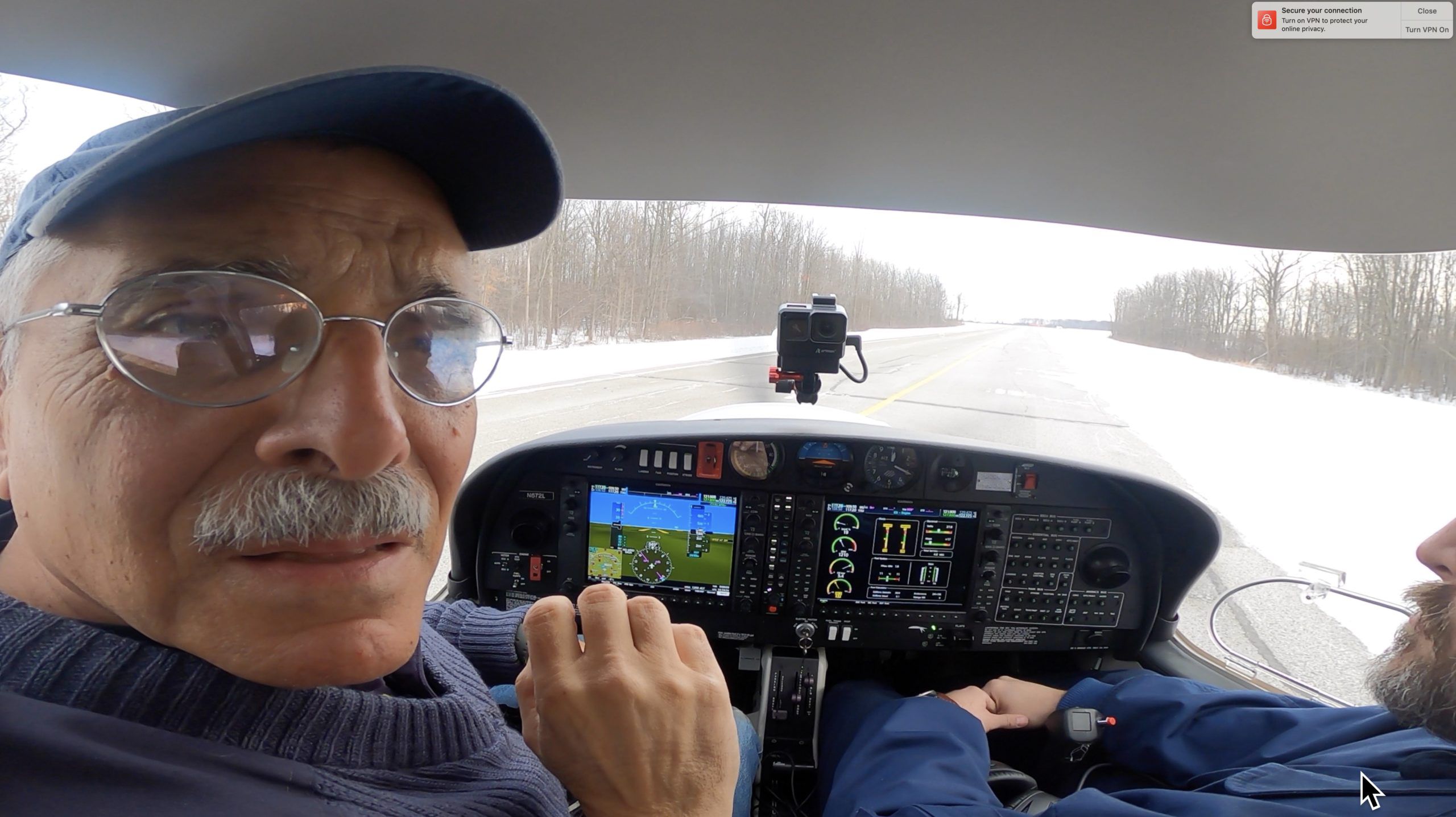 Diamond Aircraft’s factory—a place with a storied history—is located quite some distance from the London, Ontario, airport where it’s sited. Access to the runways is via a long, tree-lined taxiway that would be a pleasant trip if I hadn’t been nearly killed on it at least three times.

For editorial titillation, I’m exaggerating, but not that much. My first brush with death was in 1996 when I’d flown our Mooney up there for a press visit. After I landed, the radar showed an intense line of thunderstorms approaching from the west so Diamond suggested I taxi down to put the airplane in the factory until the storms passed. I didn’t quite make it. The gust front arrived just as I turned onto that taxiway and I got my first experience in taxiing in 50-knot winds. It can be done, but I don’t recommend it. The hail started just as we pulled the airplane inside.

Thanks to the march of progress and the insatiable need for media consumers to have moving pictures, I again confronted the grim reaper there last month by getting out of the airplane to start a couple of exterior cameras. This is not, of itself, life threatening except it was about 20 degrees with 22 knots of wind. I live in Florida. For a reason. I don’t do chill factor. Addled by cold, when I got back inside the airplane, I dislodged the audio jack resulting in a radiantly perfect video of two talking heads conversing silently. I’m moderately resourceful in audiovisual arts, but lip syncing eludes me.

On my second trip a month later, all three audio sources worked perfectly. Proving that bumbling incompetence has its rewards, I got to spend another day in the factory shooting last week’s video on how they build composite aircraft. It was worth the additional time because I got insights I missed the first time around.

What, exactly? Well, this: When I report on new aircraft, quoting the price is part of the basic journalism and this is like cuing the choir: “$500,000?!! They could build this cheaper than that!” There are variations on this theme, but many arguments make comparisons to the automotive industry which are, well, inane. I share the anguish over not being able to afford a $500,000 airplane, but after watching them being built for most of a week, I left the place wondering how they build them for that little. Or at all.

Compared to a modern car, a light airplane is not a complicated machine. I’m sure it has fewer parts and given the criticality of weight, much of the structure encloses … air. The demands on the structure—especially wings—are such that they can’t be infinitely strong, but just strong enough compromised against weight. The strength-to-weight ratio of composites against metals is an evergreen circular argument. But it ends with the fact that in light aircraft, composites haven’t rewritten the physics book. Metal Skyhawks and Archers have similar useful loads as like-powered Diamond DA40s. If either composites or metal afford advantageous production economics, it doesn’t filter down to a meaningful difference in price.

As you can see from the video, composite construction involves many separate steps, but perhaps fewer than metal construction if you consider setting a single rivet as a separate step. High volume is the imaginary savior of general aviation, but I think it is and always will be an illusion hobbled by the chicken/egg paradox with automation hovering off stage as the great leveler. In composite work, automation might not be so magical.

When I visited the Daher factory in Tarbes, France, two years ago, they were using robots for some layup work and were beginning to experiment with robotic riveting for metal structures. And don’t forget Eclipse’s bromance with friction stir welding that sure sounded miraculous to those of us who didn’t understand it—me included. In practice, it achieved no meaningful production gains, or at least not enough to overcome the relentless economics that conspire against profit in building airplanes.

When I’ve visited companies building composite airplanes and structures, I’ve always been told that the process is stymied by throughput limitations; it doesn’t scale well. One reason for this the curing process. Some factories use autoclaves—a fancy name for a pressure cooker—and parts have to cook for a set time. Building more of them is expensive and if volume doesn’t support it, they end up being underutilized. Sleeping assets as the MBA wunderkinds might say.

Here, Diamond has a slight advantage. The resins they use don’t require autoclaving, just slight heating to accelerate the cure—pre-curing, they call it—so the parts are locked down well enough to be handled, allowing assembly to move forward. The resins themselves have improved, too. You may recall that when the Diamond DA20 first appeared, it had an operating limitation dictated by glass transition temperature on the spar. That’s gone, as is the requirement to paint them white with limited color trim colors.

On my first trip to Diamond, walking into the composite room was unpleasant due to the strong odor of the resins used then. Not anymore. The room is odor free and well ventilated. The resins have a four-hour working life, so workers don’t have to rush around worrying about the stuff getting too stiff to work.

When I was filming, it occurred to me that the strength of these bonded composite structures depends entirely on the integrity of the glue lines. When one wing came rolling out of the pre-cure, I had a good long look at that bond line. It was absolutely perfect; no gaps, sags or goobers. Chemistry rules.

I amuse myself wondering how the companies hoping to build urban air mobility vehicles will try to scale this technology. I’m a believer that the vehicles will happen, a skeptic that the volume will. Maybe some kind of extrusion process, like the Elixir project I reported on at Aero last year, will emerge as viable. Or something else none of us can imagine at the moment.

But if I understand how UAM is supposed to work, they shouldn’t need taxiways. I’m down with that.