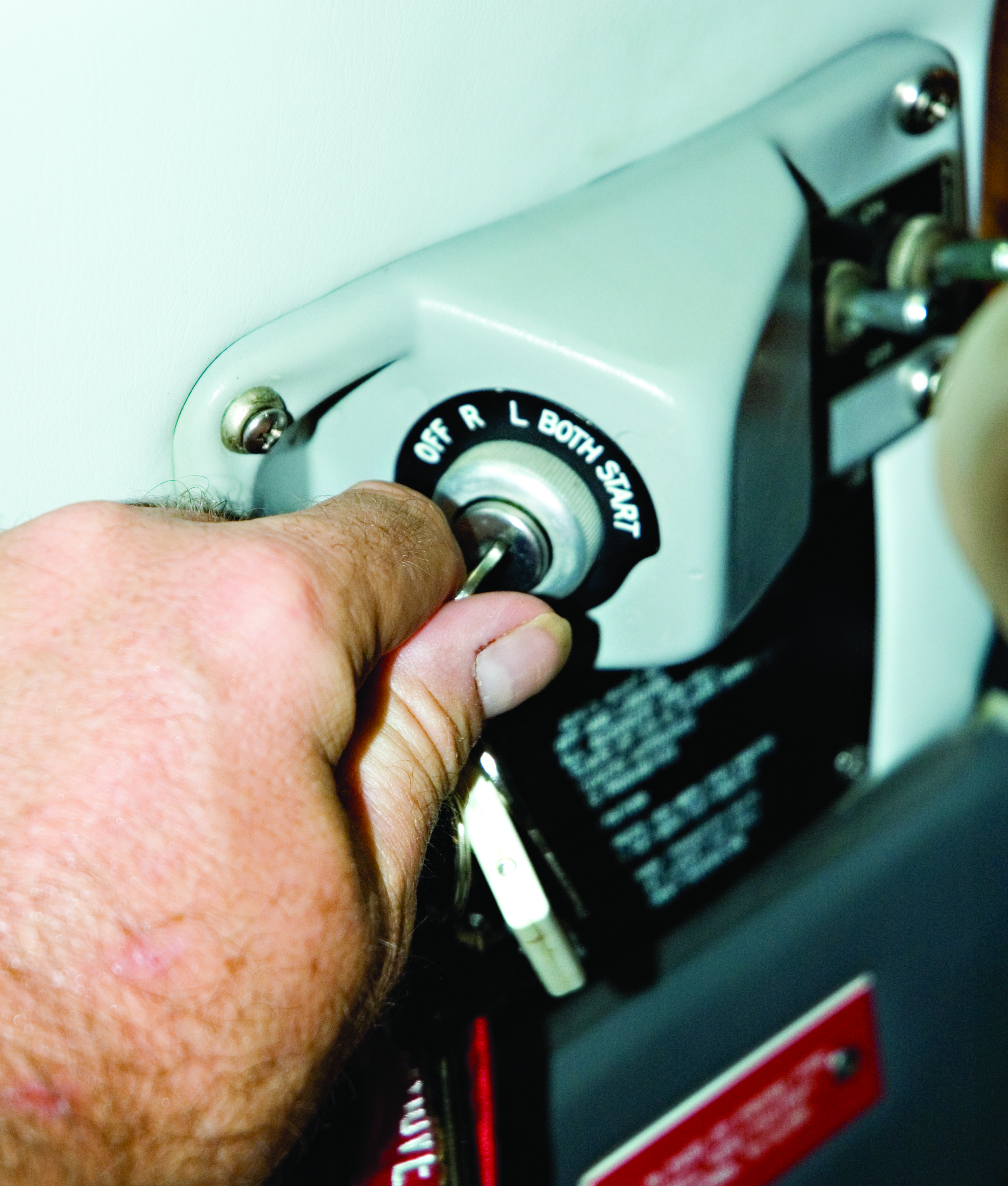 Yesterday—a nonsensical dateline since I don’t know when you’ll read this—I encountered the unimaginable. Asked to move a friend’s Nissan Altima (car not an airplane), I pressed the brake and turned the key. I didn’t first check the oil, drain a fuel sample, or yell, “Clear!” as I would in most modern airplane starts, and “modern” implies post-1949.

Nor did I prime the cylinders, energize a fuel pump, or set the mixture. Didn’t even use a checklist. Instead, I turned the key, and—this is the unimaginable bit—it did not start.  Yeah, this modern(ish) automobile acted like an airplane piston engine, the starting of which is a crapshoot that involves a fair amount of mystery theater.

“Three shots and four blades,” could pass for rejected lyrics from Leonard Bernstein’s Jets and Snarks number in West Side Story, but in classic aviation it means, “Give it three shots of prime and rotate the propeller four times (blades).” Then, “Contact!” and my Champ’s Continental four-cylinder engine will start on the first pull or balk because it’s flooded. Remedy that by making the world counterrotate to turn back time and undo what I’d just screwed up. “Switch OFF, throttle FULL.” Now pull the prop through backwards a dozen times—no more, no less. Why do we do this?

Forget science, aviation lore percolates through Broadway musicals, and although Tevia in Fiddler on the Roof begrudgingly acknowledged changes threatening his Minnesota airport, Anatefka Muni (6Z6), some of us are reluctant to accept what masquerades as progress. Oh sure, we luftmenschen embraced GPS and ForeFlight like maniacal gameshow contestants, after winning a Cuisinart Metamucil Dispenser, but largely we cling to familiar ways.

Examples: Raising traffic patterns from 800 feet AGL to 1000 creates a stupid waste of fuel. I’ve done the math. Replacing “Taxi into position and hold” with “Line up and wait” was pointless. Sounds like instructions at a COVID up-your-nose site. When tower tells me to line up and wait for GodotAir to clear the runway, I rebelliously taxi into position on the runway and hold my tongue after compliantly reading back the instructions.

Non-pilots think that landing an airplane is the most difficult phase of flight. It’s not. All airplanes will eventually land, or as Kate Strauss, an instructor at the FAA Academy told us ATC cadets between drags on her Virginia Slims, “We have yet to leave one up there.”  The toughest part is starting a piston engine, a process in which success hinges on tradition and less from what’s in the POH.

Whether normally aspirated or fuel injected, no two piston airplane engines start the same. Toss in variables such as sloppy maintenance, or hot versus cold starts, and the process conjures more alchemy than science. This becomes overwhelmingly apparent when starting an engine by hand, and there are only two reasons for doing so. Either the battery is dead, and you’re stranded on a rapidly calving glacier, or the airplane has no electrical system. The latter applies to my daily ops, but—and I’ll risk a merit badge here—I’ve hand-propped Cessnas with weak batteries. Not recommended, but if ya gotta, ya gotta, an excuse that withers under post-incident scrutiny.

I’ve been starting my 75-year-old airplane by hand for 39 years and still have all 10 fingers. Adding those figures together nets 124, which is the number of possible ways to mangle a forearm or, worse, flood the engine if I don’t employ the exact starting ritual, perfected through trial and frustration. Beyond the “three shots and four blades” for warm weather starts, I set the mag switch to LEFT, because the left magneto alone has the impulse coupler, which retards the spark for easier starting. Easier being a relative 1940s term. Magneto being an 1890s term.

With the left magneto set to fire, the throttle is “cracked,” a calibration defined at the Council of Trent in 1545. Cracking in my airplane is 5/16 of an inch (7.95 mm). Once all steps have been met, the person dragooned to spin the propeller does so with precise downward pressure and snap to rotate the crankshaft to trigger the mag spark that ignites the compressed fuel/air mixture, while not lingering in the propeller’s arc during that millisecond, perhaps longer, as the power-stroked cylinder inspires the others to explode in sequence. For my engine that order is 1,3,2,4, repeat. It’s a chemical/mechanical marvel. The marvel being it works at all, which occasionally it doesn’t. Usually when already apprehensive passengers await.

Flashback: It was a warm sunny day in Idaho. I was climbing aboard my Cherokee 180, when I noticed a Piper Turbo Dakota (235-HP), loaded with three passengers and a pilot with epaulets on her crisp white shirt. I was less envious of the charter captain’s insignia than of the Dakota’s turbocharger, as my normally aspirated Lycoming had been wheezing asthmatically through the high country. Captain Dakota made certain the airplane door was secured before she cranked the engine. Multiple times. Nothing happened.

Sealed inside the Piper solarium, passengers wilted like wax figures in a sauna. I was impressed with the Dakota’s battery as it cranked the starter, intensifying futility to the rhythm of Ravel’s Boléro. Trying not to display pride after my normally aspirated Lycoming fired up, I taxied past the Dakota and its captives.

Airborne, I turned on course with smug pride, knowing that following my traditional start procedure always works. Then, I remembered I’d left my wallet on the FBO’s counter. Chagrinned, I 180’d the 180.  The now running Dakota was holding short of the runway for all the passengers to witness my bounced arrival. After taxiing to the FBO, retrieving the wallet, and climbing back into the Cherokee, I watched the Dakota lift and turbo its way home, relieved of the Karma that had left it to climb aboard with me.

Somewhere in a quantum parallel universe there sits a Cherokee 180 with a heat-soaked engine and a younger me running the battery down, doomed to spend eternity trying to get it to start. Yet grateful it wasn’t a Nissan Altima.