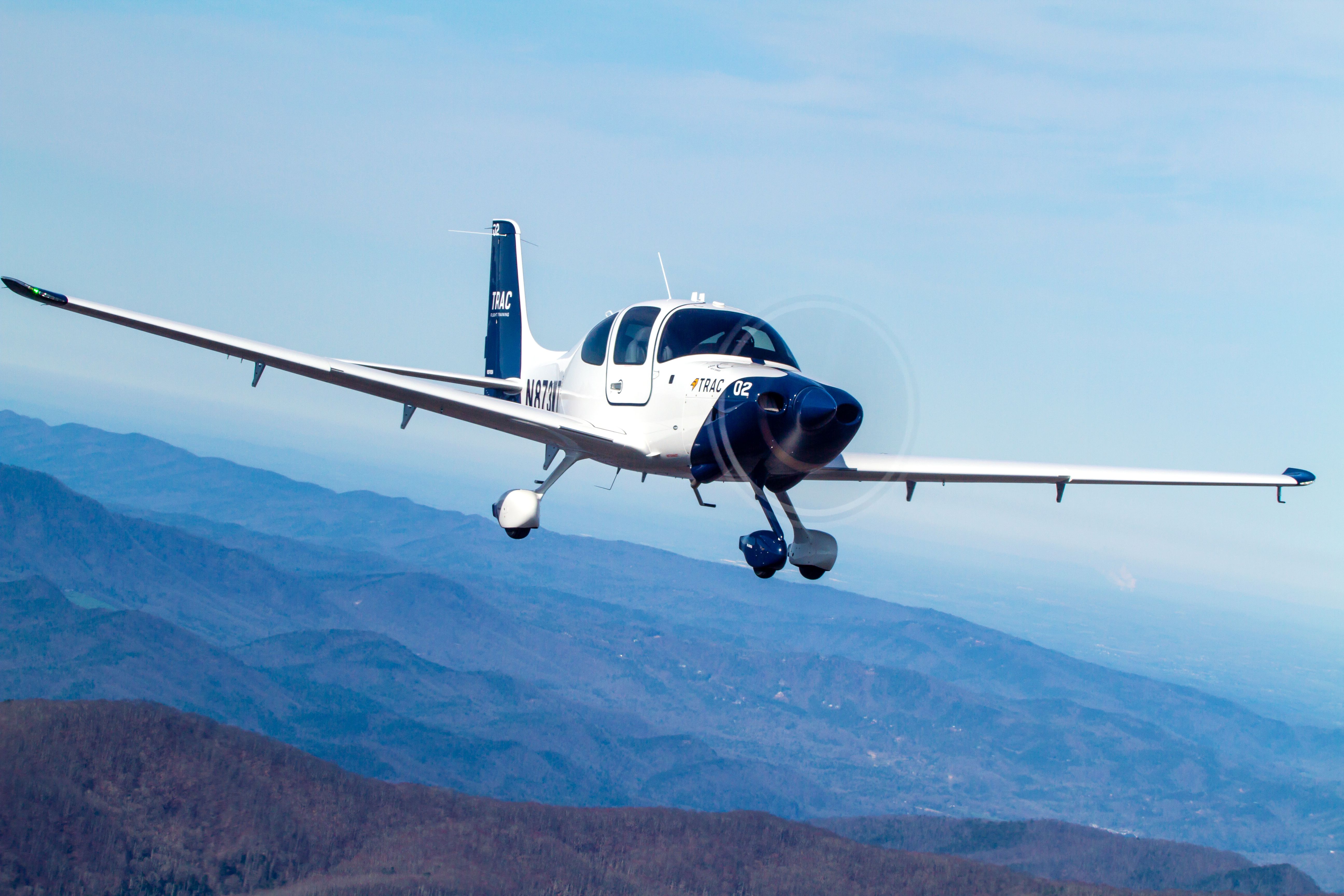 The shock of it all still hasn’t worn off. About things which can kill me, embarrass me or cost me a lot of money, I am obsessive in making sure they don’t happen. Yet there we were on the runway, with the gear switch in the retracted position.

Oh, the humanity! After this sentence, you can scroll down to the comments and bash me for a nakedly click baitish headline. The gear-up landing was virtual since I was flying the new Cirrus TRAC, which has a landing gear “simulator” to train budding students to remember to slap the wheels down before landing. Still, I had forgotten to go through the motions of doing that, even though I believe in that sort of thing. Didn’t even think of it long enough to cognitively acknowledge to myself that the switch was there but I didn’t need to use it. No foul, but sloppy by my standards.

As detailed in this week’s video, I flew the TRAC with Cirrus’ SR program manager, Ivy Mciver. (She also landed gear up, I hasten to add. I found the switch up when I settled into the right seat.) Cirrus is making a run at the training market with an SR20 configured as the ideal flight trainer. But in a world where airplanes seem an afterthought whose function is just to ferry around tarted up avionics, what is the ideal trainer?

I’ve been asked this before and recently discussed it in a panel presentation—well, a faux debate really—at Redbird’s Migration conference in Denver in October. My off-the-cuff reply was that the best trainer is one of modern design, with modern avionics and a center stick. If you think I had Diamond’s DA40 in mind, you’d be right. In retrospect, that’s risibly simplistic and if I gave it more thought, it would probably be just as simplistic given my tendency toward being a simpleton.

When most of us think about what a trainer airplane should be, we veer toward things like stability, practicality, affordability, a decent climb rate to recover from stalls and maybe cabin size. But to big flight schools like Embry-Riddle or the University of North Dakota, three things top the list of ideal trainers: Economics, economics and economics. That’s a gross exaggeration for editorial effect, but the dollar numbers loom large for big schools. They care about what the airplane costs, what it costs to operate and how reliably it can be dispatched to fly day in and day out, eight hours a day without unpredictable AOG. For smaller schools, affordability may be an even bigger driver.

But what about how the airplane behaves in flight? Stall characteristics? How it lands? Cockpit visibility? Yeah sure, but not if the thing breaks a lot or it has some peculiarity that generates big-dollar recurring costs. Although it happened a decade ago, some schools still smart from troubles they had with Diamond’s Thielert-powered DA42, even though they otherwise liked the airplane.

Smaller schools might not be quite so hard over on dispatch reliability, but they sure can’t afford to have maintenance downs that keep them from flying and renting airplanes. That alone explains why the venerable Skyhawk and Piper PA-28 are such favorites. They may be boring as hell, but they’re predictably boring as hell.

Philosophically and technically, do the flight characteristics of a trainer even matter? On the one hand, if you train a student in a nice-flying, benign design like the aforementioned DA40, have you then preloaded the student not to be able to handle something weird in a like airplane or just a weird airplane? And if you train someone in something harder to fly—like my Cub—can they now fly anything or just airplanes with ambiguous trim and pitch characteristics, a ton of adverse yaw and imaginary brakes? Does that make the girl a better pilot? And someone eventually more capable in the left seat of the shiny new recertified 737 MAX?

At the Denver conference, my friend Dave Hirschman insisted that in his world, he would put the student in a taildragger flying off a turf runway until solo. Well, that’s good, I suppose, if that person will be flying taildraggers off grass runways. But what does it have to do with flying a 180,000-pound jet transport? I’ve asked one of our contributors who flies one those and little airplanes for his take on stick and rudder carry through. So far, he hasn’t come up with anything.

Although I fly ‘em and love ‘em, I’ve never bought the theory that taildraggers pilots are “real” pilots or somehow better. They’re just taildragger pilots. When I get into a modern tailwheel airplane, like a Carbon Cub, say, I screw up the first landings same as anybody else. I sometimes get a by because people know I own a Cub and then I immediately demonstrate I don’t deserve such consideration. And anyway, good tailwheel skills are perishable. If you haven’t confronted an angry crosswind in one in, say, a year, it ain’t like riding a bicycle unless your idea of riding a bicycle is exploring a roadside ditch.

When I canvassed some of the major schools about what they want in a trainer, things like stalls, slow flight characteristics and cruise speed didn’t pop up as bright radar targets. But things you wouldn’t think about did. The University of North Dakota’s Jeremy Roesler told me the school is tilting away from Cessnas and back to Pipers because they limit the Cessnas to 25 knots of wind, but the Cherokissers are good for 30. And that’s not a flying consideration, but taxiing on icy ramps, which they obviously do a lot of. Just as an aside, being confident taxiing in an Arctic vortex is, in my view, every bit as critical a skill as twaddling with an FMS. Maybe more.

Hangarage is a thing, too. Roesler told me the school really likes the Diamond aircraft, but they’re long of wing and students have to put all the airplanes away at night in a large group hangar. Short wings are a plus for that. Purdue’s Brian Dillman told me they tried Cirrus SR20s for a fleet cycle, but found them too heavy to muscle into the T-hangars they store the airplanes in. Complicating it was more complex maintenance on the SR20s, which Cirrus may encounter as a barrier for some schools.

At the moment, the trainer market is hot, but not red hot. One new design is afoot, Piper’s Pilot 100. It’s a low-cost entry, that’s as much as $150,000 cheaper than the competition. Nice idea, says Florida Institute of Technology’s Isaac Silver. But the Pilot 100 has a new, untried engine—Continental’s Prime IO-370—and Silver says low price or not, schools will think twice before they throw over a known entity like Lycoming’s IO-360 for an unproven powerplant. No one likes maintenance surprises, least of all flight schools.

I was at Diamond Aircraft last week flying the DA40 NG diesel, which is selling briskly, despite a near half-million dollar sticker. Diamond has noticed the price of used DA20s has almost doubled so they’re cranking up the line to build new ones. That airplane is a proven design and a good performer with the Continental IO-240. It’s fun, easy to fly and reliable. Evidently, with Skyhawks north of $440K, schools are rediscovering it, otherwise the used prices wouldn’t be climbing.

It has warts, of course, as all airplanes do. But if all you need to do initially is get the student to understand the relationship of the stick to the size of houses, do you need an acre of TFT glory to pull that off?

It a bright shining moment of stop the madness, I’m gonna go with no.

*With apologies to Cheryl.