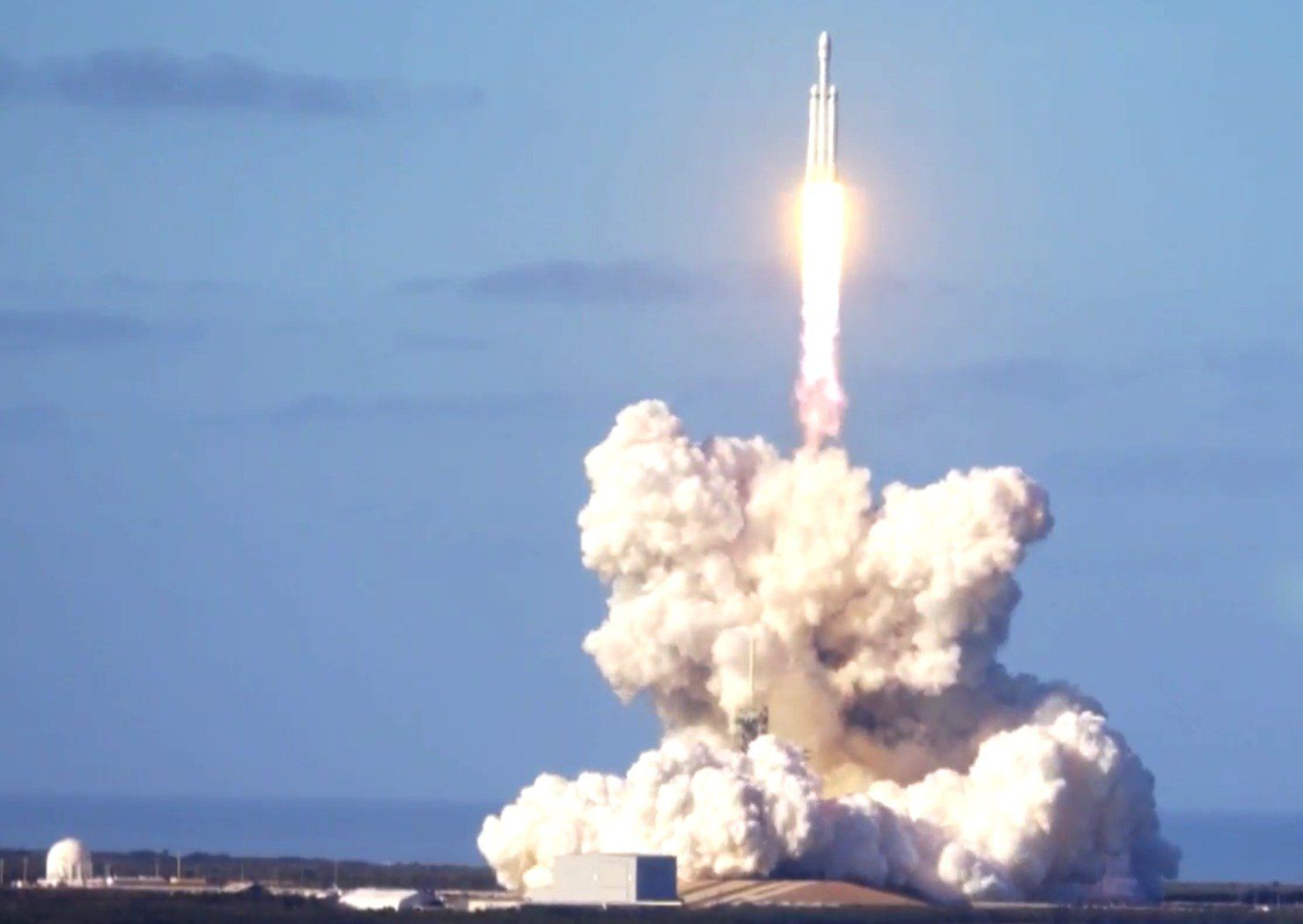 SpaceX launched their Falcon Heavy test flight from Kennedy Space Center on Tuesday, and wowed the crowds with a picture-perfect flight of the world’s biggest rocket. From the blue Florida skies and billowing white smoke on takeoff, to the incredible double upright in-sync landings of the two booster rockets, the team couldn’t have asked for a better show. Topping it off, the Falcon Heavy carried a bright-red Tesla Roadster into space, complete with a spaceman mockup wearing a SpaceX high-fashion version of a spacesuit. The Tesla and its driver will travel as far as the orbit of Mars, and then settle into orbit around the Sun for millions of years. “It was everything you could ask for in a test flight,” enthused one of the crew during the live online feed.

The flight wasn’t without its glitches though. The center core didn’t land on the drone ship as planned, SpaceX founder and CEO Elon Musk told the press in a conference call on Tuesday evening. In the live feed, the cameras went blank, and the on-air commentators blamed it on a video transmission glitch, due to vibrations from the landing. But Musk said the core “hit the water at about 500 kilometers an hour, about 100 meters away from the drone ship, and that was enough to shower the deck with shrapnel and take out two of the engines.” He said the company hadn’t planned to re-use the core anyway, so he didn’t consider it a major problem. He said SpaceX has a number of commercial customers already lined up for Falcon Heavy and will be proceeding with the program.

The Falcon Heavy generates 4.7 million pounds of thrust at takeoff, and can lift up to 70 tons into low-Earth orbit, the heaviest payload and highest thrust of any rocket in operation today. The booster rockets can be recovered to fly again, keeping the costs relatively low. The day before launch, Musk told The New York Times he couldn’t predict the outcome: “I’m looking forward to it. It’s either going to be an exciting success or an exciting failure,” he said. “One big boom! I’d say tune in, it’s going to be worth your time.” Future versions of the Falcon Heavy could someday be used to launch missions to the moon or Mars, according to the Times. SpaceX lists a price of $90 million for a Falcon Heavy flight, compared to $62 million by the smaller Falcon 9.

In case you missed it, here’s the full launch video.