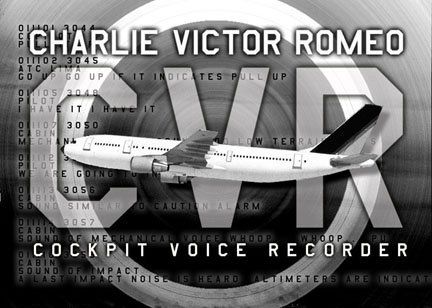 More than a decade after its debut as a play in a small New York theater, Charlie Victor Romeo — which depicts cockpit crews coping with emergencies, in dialogue drawn directly from cockpit voice recorder transcripts — is collecting positive reviews as a 3-D movie. The film, now in limited release in New York and Los Angeles, captures a live performance of the stage play. It debuted on the festival circuit in 2012, and has been shown around the U.S. and Europe, including the Sundance festival. During the film’s recent New York run, New York Times film critic A.O. Scott called it “a curious hybrid of documentary and experimental theater,” and added: “It is also one of the most terrifying movies I have ever seen.”

AVweb’s Peter Yost reviewed the play back in 1999, and found it gripping. Charlie Victor Romeo “captures the human drama that occurred in the cockpit,” he wrote. “Producer/director Bob Berger and his cast and crew should be commended for taking an obviously sensitive subject, with gobs of technical speak, and portraying it in an accurate and gripping fashion.” Berger said in an interview this week the 1999 AVweb review was the play’s first introduction to the aviation community, and the response was “amazing.” The review was read by a Pentagon official who came to New York to see the play, Berger said, and that led to using the play to create an Air Force training video about crew resource management.

“I was incredibly thrilled AVweb discovered the play and sent someone to review it,” Berger said. He added that over the years professional pilots who’ve seen the play have contributed comments that are used to tweak the performances, so every detail is as accurate as possible. The film will be shown at theaters around the country through the summer, Berger said, and later in the year it will be available on video. A mailing list is available with updates on the film and its schedule; to sign up, go to the project’s website.