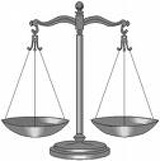 A Connecticut court has rejected yet another bid by a civic government to chip away at the virtually absolute authority of the FAA in aviation matters. According to Stratford, Conn., lawyer Paul Lange, the town of East Haven was trying to block the Tweed New Haven Airport Authority from proceeding with an FAA-funded runway safety area project. The airport doesn’t meet FAA standards for overruns and the FAA is paying 95 percent of the cost of bringing it into compliance. All of the work will take place on land already owned by the airport. In her decision, Judge Janet C. Hall said “the regulation of taxiways and runways is preempted by federal law,” meaning East Haven can’t pass any ordinance that would prevent the FAA from going about its business, which, in this case, is aviation safety.

Lange said East Haven may appeal the decision but the “decision is important for other constrained airports seeking to simply bring their [runway safety areas] up to current FAA standards. He noted that the judge was also of the opinion that the FAA’s pre-eminence would also apply if the safety areas were to be built on land outside airport boundaries.