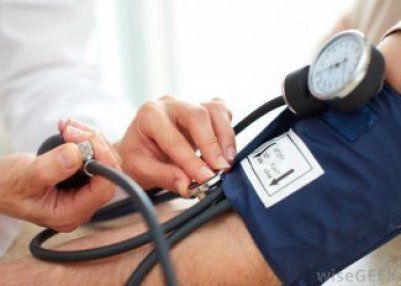 The FAA third-class medical, which GA advocates have long lobbied against as a nuisance to pilots that does little to advance safety, has been replaced with a new option called BasicMed, FAA Administrator Michael Huerta announced on Tuesday. “The BasicMed rule will keep our pilots safe but will simplify our regulations and keep general aviation flying affordable,” Huerta said. Starting on May 1, pilots will have the option to maintain their 3rd class medical, or opt to use the BasicMed rule. Under BasicMed, a pilot will be required to complete an online medical education course every two years, undergo a medical exam every four years, and comply with aircraft and operating restrictions. The medical exam will include a four-page FAA form to be completed by your doctor and kept available by the pilot for FAA inspection. Your regular doctor can complete the form, and they don’t need to deal with the FAA at all.

The aircraft and operating restrictions under BasicMed include: pilots cannot operate an aircraft weighing more than 6,000 pounds and cannot have more than six people on board. IFR operations are allowed, but pilots must fly at less than 18,000 MSL and no faster than 250 knots. Pilots using BasicMed also cannot fly for compensation or hire. To qualify for BasicMed, pilots also must have held a medical that was valid any time after July 15, 2006. New student pilots must obtain a medical certificate, but then they can operate under BasicMed to keep it current. Pilots using BasicMed also must “make certain health attestations,” the FAA said, and agree to a National Driver Register check. General aviation advocacy groups are taking a close look at the FAA announcement, but so far reaction is upbeat.

“BasicMed is the best thing to happen to general aviation in decades,” said AOPA President Mark Baker. “By putting medical decisions in the hands of pilots and their doctors, instead of the FAA, these reforms will improve safety while reducing burdensome and ineffective bureaucracy that has thwarted participation in general aviation.” AOPA staffers are working to carefully analyze the rule and provide free online courses that will meet the FAA education requirement. EAA also welcomed the announcement. “This is the moment we’ve been waiting for, as the provisions of aeromedical reform become something that pilots can now use,” said Jack Pelton, EAA chairman. “EAA and AOPA worked to make this a reality in July, and since then the most popular question from our members has been, ‘When will the rule come out?’ We now have the text and will work to educate members, pilots, and physicians about the specifics in the regulation.”