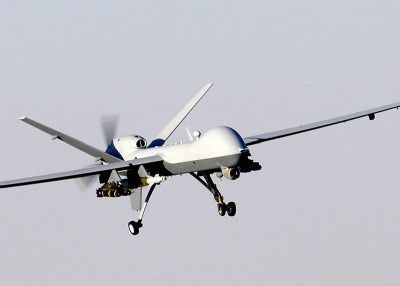 A Colorado proposal to reward residents who shoot down drones could cause legal problems for anyone who tried, the FAA said this week. “Shooting at an unmanned aircraft could result in criminal or civil liability, just as would firing at a manned airplane,” the FAA said in a statement on Monday. “The FAA is responsible for all civil airspace, including that above cities and towns, and the agency is working to ensure the safe integration of unmanned aircraft. A UAS hit by gunfire could crash, causing damage to persons or property on the ground, or it could collide with other objects in the air.” The proposed ordinance in Deer Trail, Colo., would sell $25 hunting licenses and offer a $100 reward to anyone who could shoot down a drone “known to be owned or operated by the United States federal government.”

Some town officials characterized the proposal as a lark or a potential moneymaker for the town, but resident Phillip Steel, who drafted the ordinance, said he was serious about it. “We do not want drones in town,” Steel told the local Denver Channel news. “They fly in town, they get shot down.”