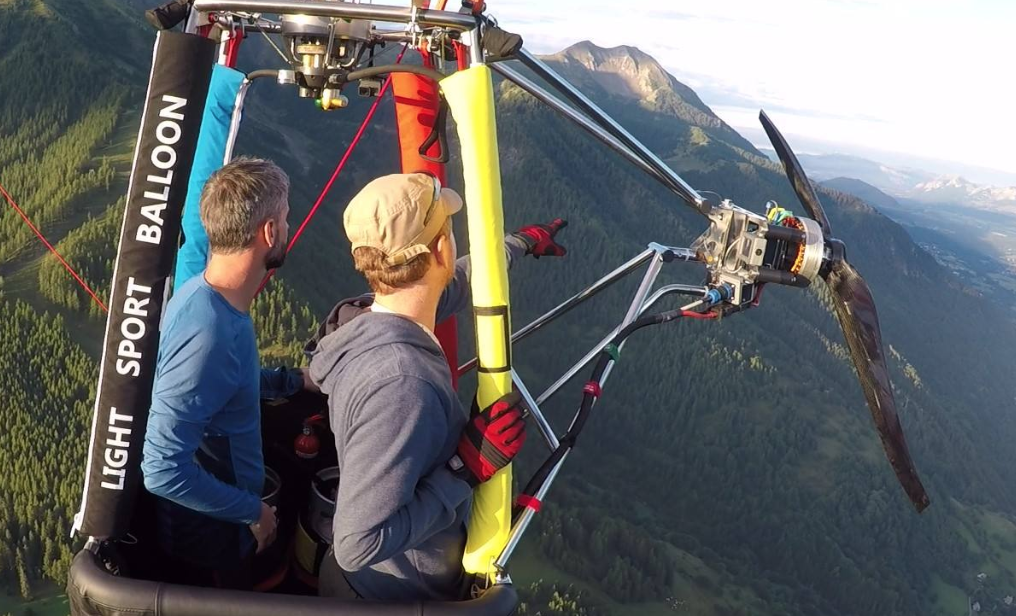 A small company based in France has created a two-place hot-air balloon designed to be certified under U.S. S-LSA regulations, with production expected to begin early next year. “The system is available for sale as an experimental already,” designer and CEO Leandro Corradini told AVweb in an email. “I applied the ASTM standard since the birth of the project, so, the certification should run smooth.” Dan Johnson, president of the Light Aircraft Manufacturers Association, confirmed to AVweb this week that Corradini would be the first to offer a lighter-than-air system as an S-LSA, “assuming he passes the FAA audit.” The FlyDoo system is designed to be lightweight and easy to store—it can be quickly broken down and transported in a bike trailer—and is expected to sell for about $21,000, Corradini said. It will debut in the U.S. next month at the Albuquerque International Balloon Fiesta, in New Mexico, Oct. 6 to 14.

The system also includes an optional “vectored thrust unit,” or VTU, designed by Corradini, that can be attached to the basket and provide some thrust and directional control. It’s essentially a small prop, powered by an electric battery pack, that can be attached to the gondola rail. Current LSA regulations do not allow the electric powerplant, but Corradini said he will try to get an exemption. Owners who want to use the electric motor also can opt to fly the system as an E-LSA. The VTU, with batteries and chargers, will cost an additional $14,000. More details about the system can be found at the company’s website.