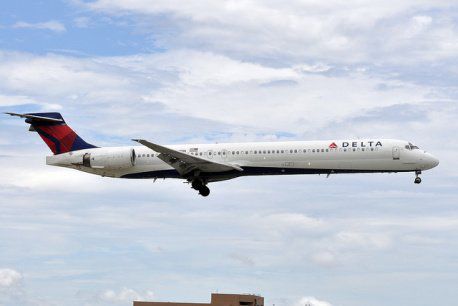 A jammed door in a Delta Air Lines jet left the captain locked out of the cockpit during a flight from Minneapolis to Las Vegas Thursday, leaving the first officer to complete the flight in the right seat.Delta 1651 otherwise landed uneventfully and on time at McCarran International Airport. However, since the first officer notified the airport of an in-air emergency, as CNNreported, the media was alerted and interviewed passengers afterward.

An ABC News report said the captain, confined to the cabin of the MD-90 for the final stage of the flight, explained to the 168 passengers that the door to the cockpit wouldn’t open. Presumably, he assured them the first officer was perfectly capable of flying the approach and landing. In response to media inquiries on the incident, Delta issued a statement saying as much.One passenger told ABC the jam was caused by a piece of string found later by the maintenance crew.