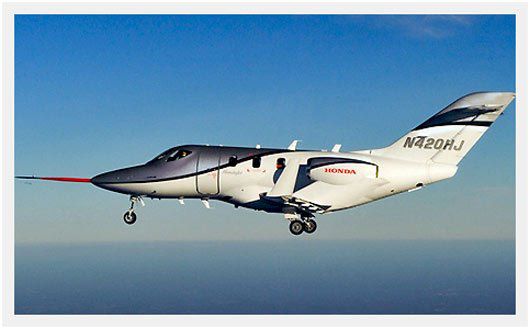 Honda Aircraft has confirmed the first type conforming HondaJet flight test aircraft left the runway at Tulsa International Airport Thursday after blowing a tire.NewsOn6 reportedthat witnesses said a tire blew and that the aircraft ended up on the grass beside a main runway. The aircraft was identified as N-420HJ, the first aircraft to fly (Dec. 2010) after the proof-of-concept aircraft. It was apparently on a test flight as witnesses reported seeing three people wearing flight suits and helmets getting out of the airplane, apparently uninjured. Although early reports suggested the gear collapsed, a Honda spokeswoman told AVweb that wasn’t the case. “A flight test aircraft blew a tire during a ground run after touchdown at Tulsa International Airport,” the company said in a statement. “The landing gear was extended as normal and did not collapse.”

Honda has been aggressively marketing the aircraft, which has been under development for more than 15 years, in advance of its full type certification and first deliveries this year. It has shown the aircraft in Europe and Japan so far this year. We had a detailed look at the airplane at AirVenture Oshkosh 2014; click here to view the video.