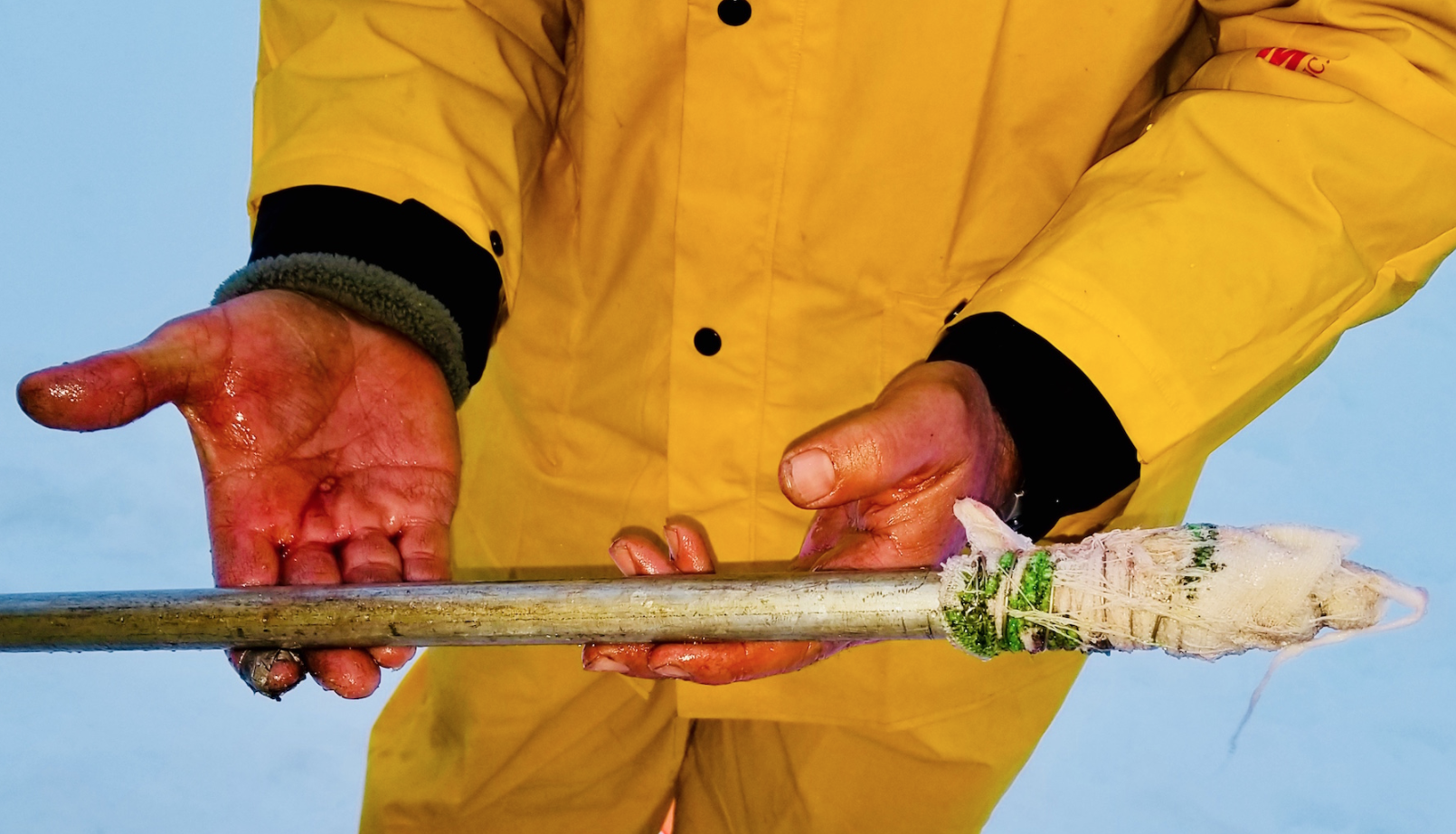 A nonprofit group searching for vintage aircraft in Greenland has reported they found the site of a P-38 wreck from the “Lost Squadron” from World War II, buried about 340 feet deep in glacial ice. Arctic Hot Point Solutions surveyed the area using new ground-penetrating radar mounted on drones. When the radar showed what they believed to be an airplane, the team used a heat probe to tunnel through the ice and collect evidence from the site. The probe returned covered in 5606 hydraulic fluid, the team reported, confirming that the target is the missing P-38 “Echo” from the Lost Squadron that landed on the ice in July 1942. The team plans to recover the airplane, using large heat plates to melt the ice and tunnel down to the site. They will then disassemble the airplane and recover it piece by piece.

The Lost Squadron of six P-38s and two B-17s landed on the ice in Greenland due to bad weather and low fuel, during a mission called Operation Bolero, an effort to build up Britain’s supply of aircraft to support the defense of Europe in World War II. After waiting for several days, all 25 crew members were rescued, but the aircraft were abandoned and gradually sank into the ice. So far only one aircraft has been recovered from the Lost Squadron. Glacier Girl, a P-38F Lightning, buried beneath 268 feet of ice, was recovered in 1992 and restored to flying condition.