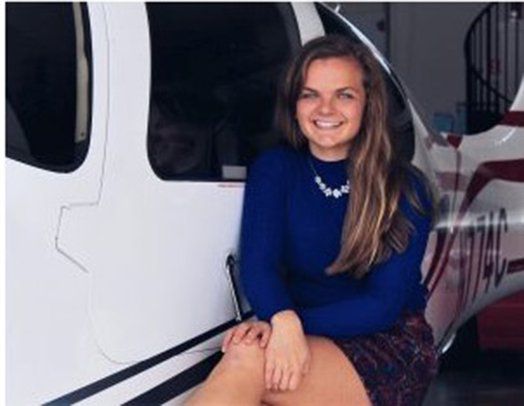 Emma Hutchinson, a U.S. Naval Academy midshipman, has won the inaugural Richard L. Collins Writing Prize for Young Pilots, according to Sporty’s Pilot Shop. The company established the award last year under the banner of its Air Facts Journal, an online resurrection of the publication Richard L. Collins’ father, Leighton, launched in 1938.

Midshipman Hutchinson won for an essay called “The Old Man in the Plane,” a tribute to her grandfather who inspired her with his tales of flight. She wrote, “My grandpa told me the sky was his church, the place he felt the presence of a higher being, always present. He guided me to start my own journey in the old plane, this time with a new instructor.” Read the winning article here.

Hutchinson will receive a $2500 award to be presented during Sun ‘n Fun 2019. Hutchinson is pursuing a Bachelor of Science degree in English and earned her private pilot certificate in 2017. She’s a member of the USNA cycling team, paints and writes daily. Upon her commissioning, Hutchinson wants to fly helicopters for in the U.S. Marine Corps, a goal of which she says her grandfather, Ronald Hutchinson, would be proud.

Based on the success of this first year’s Writing Prize, plans are underway to continue this award in 2020. Details will be posted at on the Air Facts Journal sitelater this year.