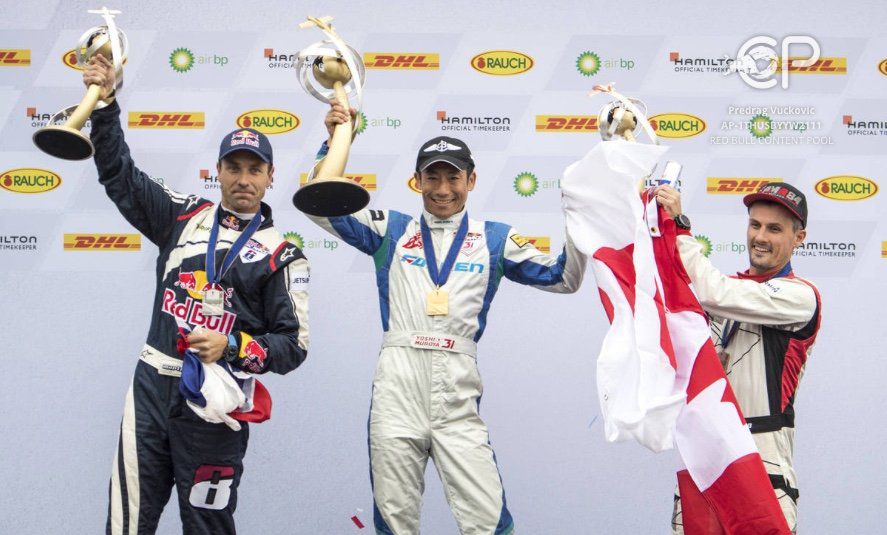 Japan’s Yoshihide Muroya was crowned Red Bull Air Race World Champion after a wild series of races over the brickyard at stormy Indianapolis Motor Speedway on Sunday. Although it looked like he’d been knocked out of the race by penalties in heats over two days of preliminaries, his fellow pilots didn’t fare any better in the gusty conditions and at the end of the day he emerged at the top of the heap in the points system used to determine the championship. Martin Sonka of the Czech Republic was second overall and Canada’s Pete McLeod was third.

Muroya’s experience through the season mirrored that of many of his competitors as the leadership changed with each race. “It was the tightest championship ever with the four of us close right up until the end,” Muroya said. “We were behind at the start of the season, so it was the long way and the hard way, but we made it.” American pilots Kirby Chambliss and Mike Goulian placed fourth and ninth respectively in the finals standings.