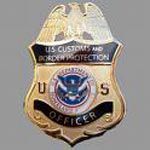 Baja Bush Pilots, a group representing pilots who frequently fly to Mexico, is polling members to see if any have had an encounter with Customs and Border Protection agents similar to the experience of Long Beach, Calif. pilot David Perry and his three passengers a couple of weeks ago. In a podcast interview with AVweb, Perry says he was going through his pre-start checklist for a flight to Loreto, Mexico on May 22 when his Cessna 210 was suddenly surrounded by yelling CBP agents and local airport police, weapons drawn (the Customs agents had M-16s) who ordered them out of the airplane. “They were yelling at us to put our hands on our heads,” said Perry, a retired military officer who said he makes frequent flights to his second home in Loreto. What followed was almost an hour of interrogation and searches for what was apparently a “random check” according to the senior agent in charge of the operation Perry said. “I couldn’t believe I was in the United States,” Perry said. AVweb contacted the Los Angeles field office of Customs and Border Protection and a spokeswoman said a statement is being prepared but would not be available before our publication deadline. AVweb will carry a follow-up story on the CBP’s take on the incident as soon as the statement is transmitted.

Perry said he’s since heard from another pilot who told him armed CBP agents in cars and a helicopter surrounded his aircraft on arrival at Long Beach on a flight from Texas. Perry said he’s not opposed to security checks but he considered the agents unnecessarily threatening and aggressive for a random check. He also said the drawn weapons, besides terrifying him and his passengers, needlessly put them at risk. After the incident, he was cleared to resume the flight. It seems likely the agents knew when to intercept the flight based on the Electronic Advance Passenger Information System (eAPIS) which, under recently adopted regulations, requires pilots of all cross-border flights to provide detailed information on the flight and the identities of passengers.