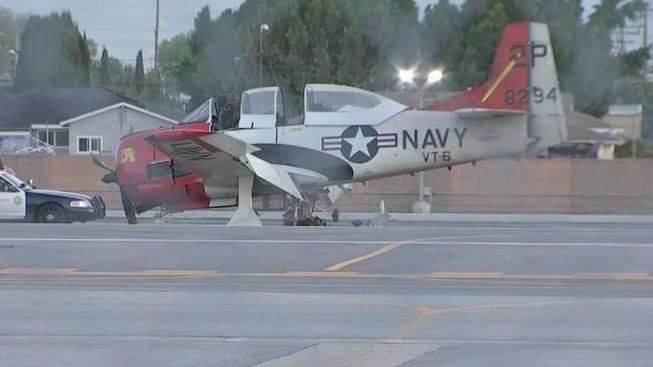 A low setting sun may have been a factor in a runway collision between a T-28 Trojan warbird and a Cessna 172 at Compton Woodley Airport near Los Angeles on Wednesday. A student in the 172 was killed and an instructor seriously injured. The T-28 pilot was unhurt. A video of the incident shows the warbird landing about 10 seconds behind the 172. The accident occurred about 7 p.m. A voice can be heard on the video saying “He can’t see him,” and calling for the T-28 pilot to go around. Moments later the Trojan hits the 172 from behind and there’s an explosion and fire.

Compton Woodley has two parallel runways (7L/25R, 7R/25L) and is uncontrolled. The video shows the aircraft landing on Runway 25L and the sun was almost directly in line with the direction of flight. The 172 was almost entirely consumed by the post-crash fire. The Trojan has damage to the prop and cowl.