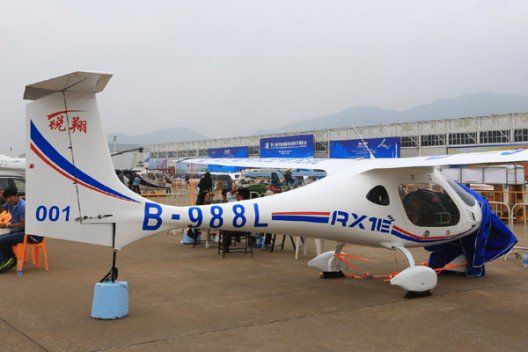 Two copies of the Rui Xiang RX1E two-seat electric-powered airplane flew at the China Airshow, held last week in Zhuhai, and this week, it was reported that construction has begun on a manufacturing plant in Shenyang. Certification of the aircraft is expected later this year, and production is expected to begin in the first half of 2015, according to China Daily. The plant will be capable of producing up to 100 airplanes per year. “This will be the first electric aircraft to be certified by our civil aviation authority,” Yang Fengtian, who led the aircraft’s development at the Shenyang Aerospace University, told China Daily at the airshow.

The plant will be capable of manufacturing up to 100 airplanes per year within three years, Yang said. The aircraft will fly about 90 minutes on a full charge, which costs about $1. Cruising speed is about 86 knots. The price is expected to be about $163,000.