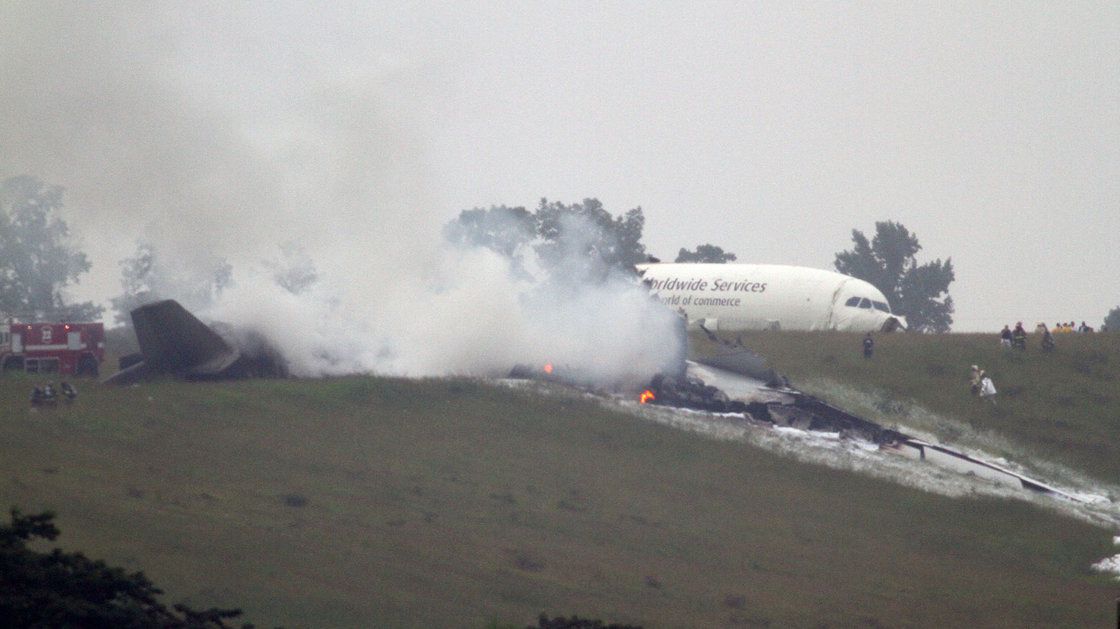 The one-day NTSB investigative hearing into the Aug. 14, 2013 crash of a UPS jet on approach to the Birmingham-Shuttlesworth (Alabama) Airport included evidence that the flight crew was fatigued, and that the captain had said the schedules were “killing him” and he “couldn’t keep this up.” According to the San Francisco Chronicle, documents and testimony indicated the crew made several errors on the night approach, including continuing to descend below the minimum descent altitude into a layer of clouds.The runway at the airport with vertical guidance on its instrument approach system was closed, so the flight was making a non-precision approach. The crew should have stopped descending at 500 feet above the ground and remained at that altitude until they could see the runway lights. The Airbus A300-600F hit a hill less than a mile from the runway threshold.

Attention is being paid to crew rest and fatigue in the accident investigation as the accident occurred six weeks after cargo airlines were exempted from new regulations regarding the hours pilots can fly, particularly at night. Congress was heavily lobbied on the issue by the airlines and pilot unions. The UPS pilots union, the Independent Pilots Association, has sued the FAA to extend the plot rest rules to include cargo airlines. Following the accident, UPS concluded that the pilots schedules would have met the new FAA regulations for passenger airlines. The hearing also explored the issue of pilots meeting their responsibilities to get adequate rest while off duty. In the wake of the hearing, the Air Line Pilots Association again called for “one level of safety”for crew duty times for cargo and passenger airlines.