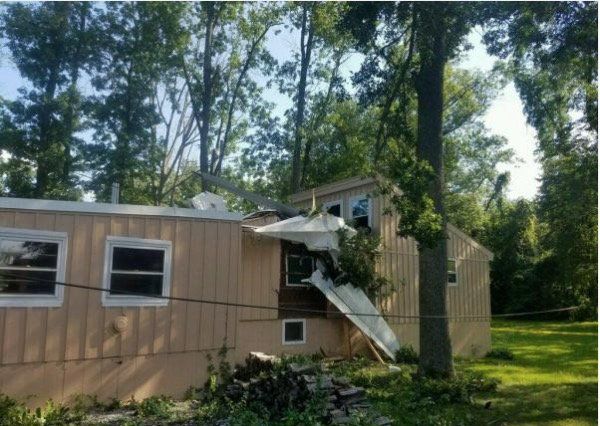 With cameras everywhere these days, it was no surprise that one recorded dramatic video of a single-engine airplane crashing into a house in East Haddam, Connecticut, on Saturday, badly injuring the pilot. The airplane, which hasn’t yet been identified, had just taken off from Goodspeed Airport on the bank of the Connecticut River, 25 miles southeast of Hartford.

From the video,it appears as though the aircraft spun into the house, hitting the roof and causing significant structural damage. A man inside the house was not injured, according to authorities, and there was no fire. The pilot was identified as Benjamin Temple, 46, of East Rockaway, New York. He was taken by medical helicopter to a nearby trauma center.