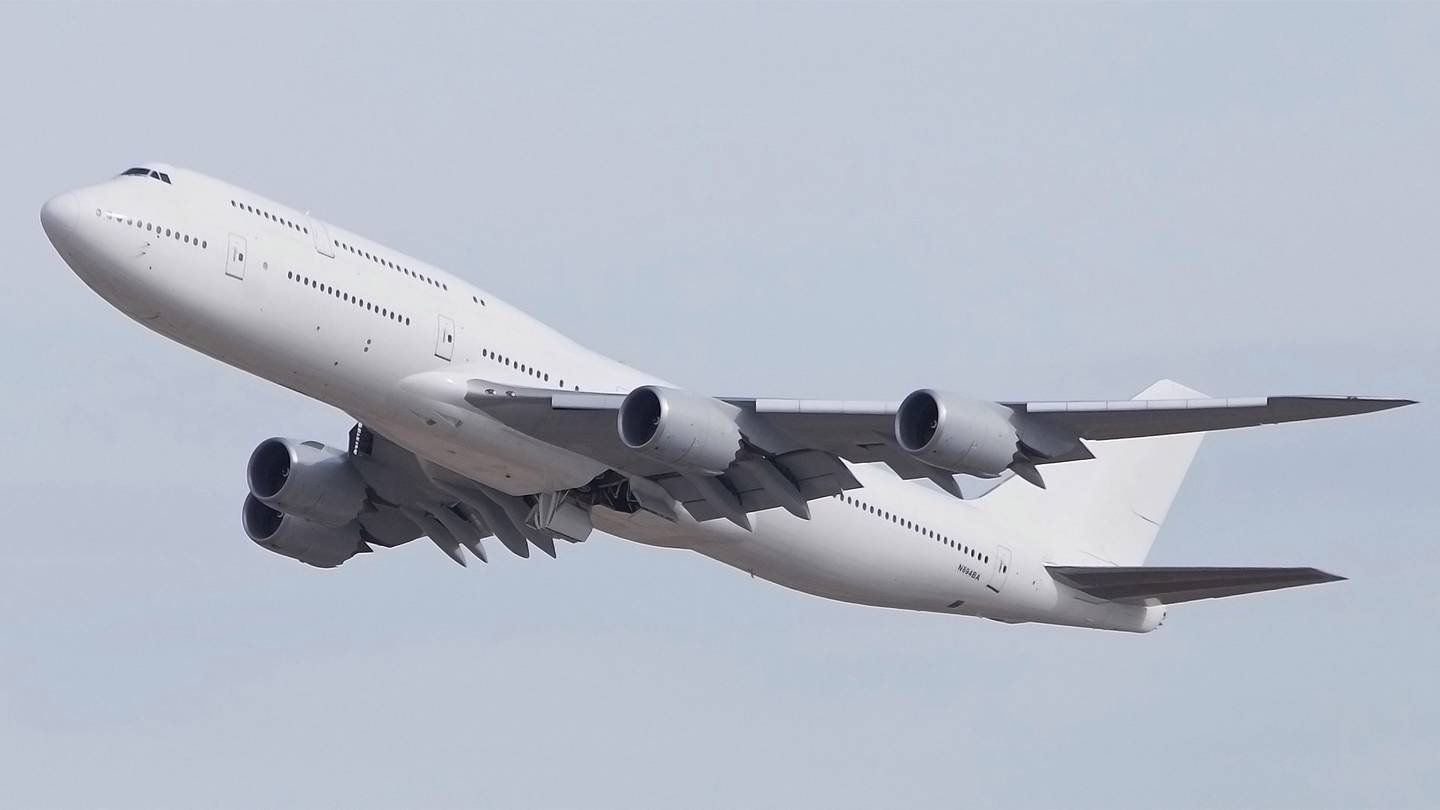 The final price tag for two new almost-new VC-25B executive transport aircraft for the Air Force is now pegged at $5.3 billion. Defense One is reporting the Pentagon has asked for $4.68 billion for the conversion of two mothballed Boeing 747-8i airliners in its 2020 budget request and full implementation of the program will add the other $600 million or so to create the aircraft, which are used to fly the president and are designated Air Force One when he’s onboard. “The total VC-25B acquisition cost … is $5.3B and encompasses all costs associated with fielding the system,” Air Force spokeswoman Ann Stefanek is quoted as stating in an email to Defense One.

The final program cost is about $1.4 billion higher than the $3.9 billion that had been touted by the administration. After intervention from President Donald Trump over the cost of the program, the Air Force bought two white-tailed airframes from Boeing that had been orphaned in desert storage by the bankruptcy of Russian airline TransAero. It’s believed stripping the seats and some of the civilian systems from the planes, which have been stored in the open for more than two years, will add to the cost. The sticker price for the two Russian airframes is $390 million each but the Air Force has never released what it actually paid for them. The first of the stored aircraft took off from Southern California Logistics Airport in Victorville last week heading to the Kelly Field Annex in Texas where modification work will begin in 2020.

Included in the $600 million of program implementation costs is a new hangar for the aircraft at Joint Base Andrews near Washington. There’s nothing wrong with the existing hangar except it’s a few feet too small to hold the longer and wider 747-8i. The new hangar is expected to cost $86 million. Despite the ballooning cost (about the same as a new Nimitz-class nuclear aircraft carrier according to thedrive.com), the new airplanes will lack the endurance of the existing VC-25Bs because they will not be able to refuel in flight. By using inflight refueling, along with large refrigerators for food and provisions for other necessities, the existing aircraft were designed to stay in the air for days at a time in times of crisis.