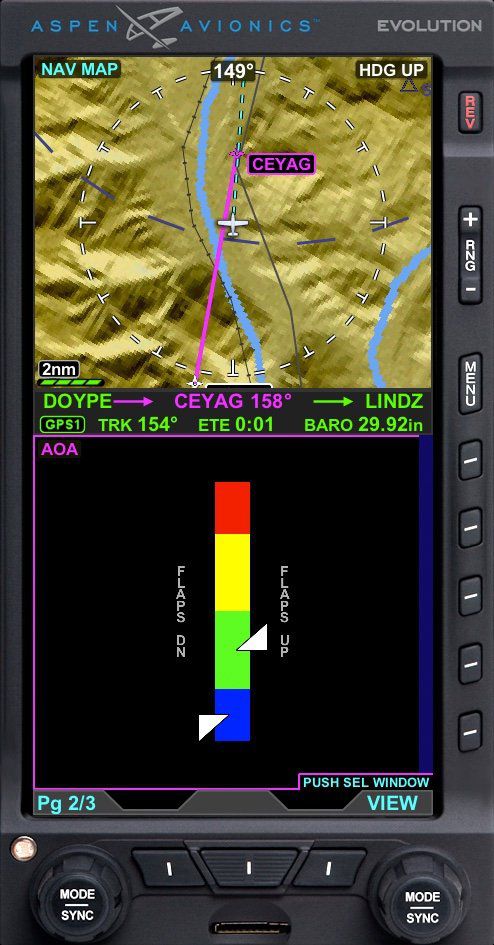 Aspen Avionics’ software-based angle of attack indicator will go on the market in July for $1,995, the company announced Thursday. Introduced earlier this month, the AoA indicator is a software upgrade that will display real-time data on the Evolution’s primary flight and multi-function displays. John Uczekaj, Aspen’s president and CEO, said the company will promote the indicators as an easily added and affordable safety enhancement. “Our goal is to have AoA installed on every Aspen-installed aircraft,” he said.

The indicator calculates angle of attack using flight data received from the air data computer and attitude heading reference system, along with a certified GPS. It will provide trend information for stall margins and accounts for flap configuration as well as slips, Uczekaj said. The display shows a tape-type scale with a pair of vertically moving pointers, one to indicate flaps-up AoA and the other flaps down. Approaching stall angle of attack, the pointers move from green on the lower scale, to red at the top of the scale.The system will have a de-clutter feature to take the indicator off the screen during cruise flight.