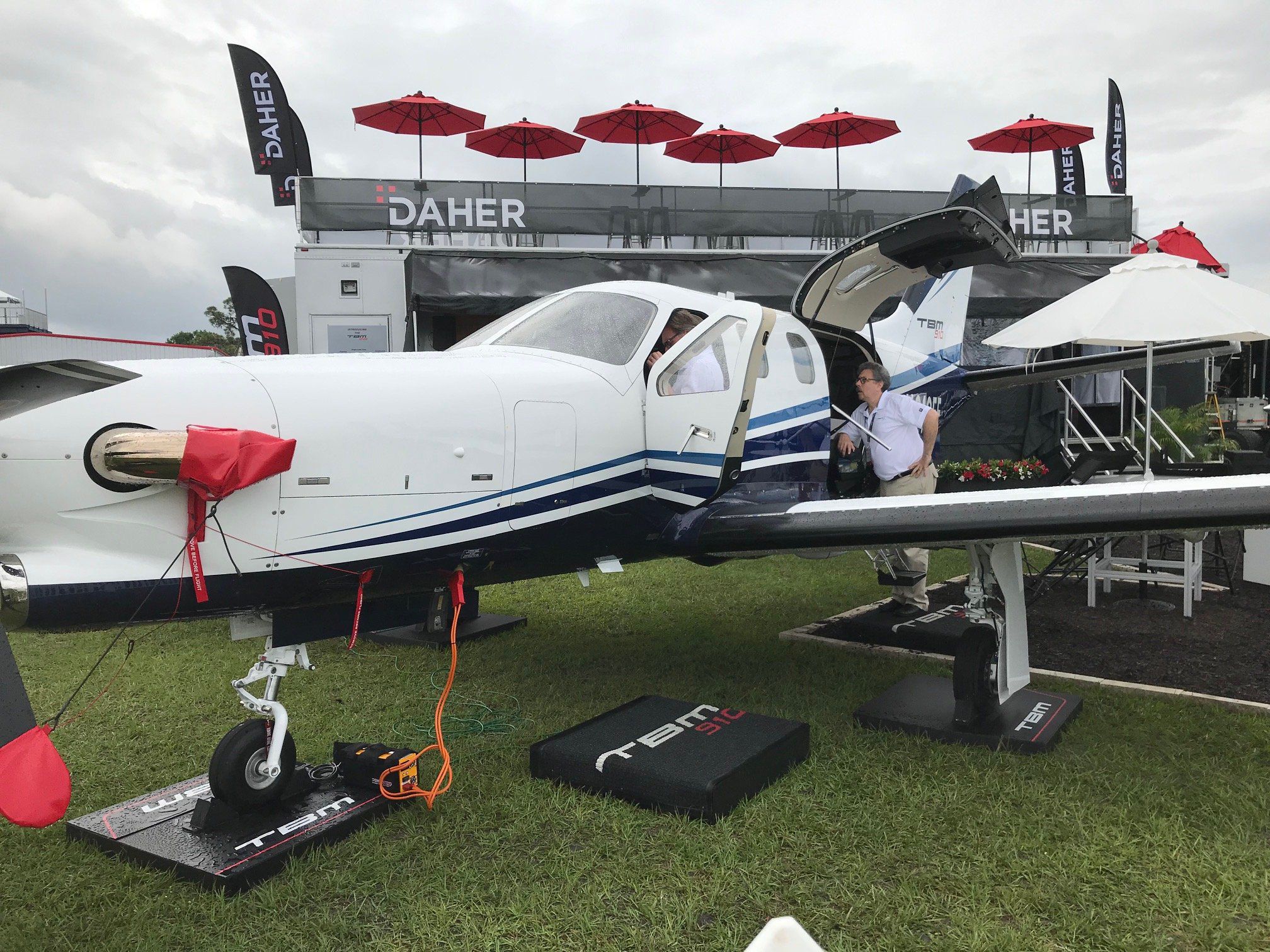 Daher has split the linear development of its highly regarded high-performance turboprop singles at Sun ‘n Fun 2019 with the unveiling of the refreshed TBM 910 and more detail on its more advanced TBM 940. The 940 was announced about a month ago and is a deluxe version of the type with increased automation, including an autothrottle, that, because of the automation, is even a little faster (by about three knots). The 910 lacks the autothrottle and has a Garmin G1000nxi panel instead of the G3000 in the new model but they both share the newly introduced automatic de-icing feature.

A deicing sensor detects ice buildup and if the pilot doesn’t take timely action the system kicks in with an annunciation to the pilot. TBM spokesman Nicholas Chabbert said the automated system adds another layer of safety for the owner-pilots it targets for the aircraft and that also underlies the dual path to ownership. The 910’s G1000 will be a familiar cockpit environment for pilots graduating to high-speed access to the flight levels and when they want to take it to another level, the 940 is what Daher believes is a “dream machine.” The autothrottle is driven by the autopilot software in the top-of-the-line Garmin panel and while automation drives safety Chabbert said it only reduces workload, it does not make the pilot redundant. “We want to keep the pilot in the loop.”