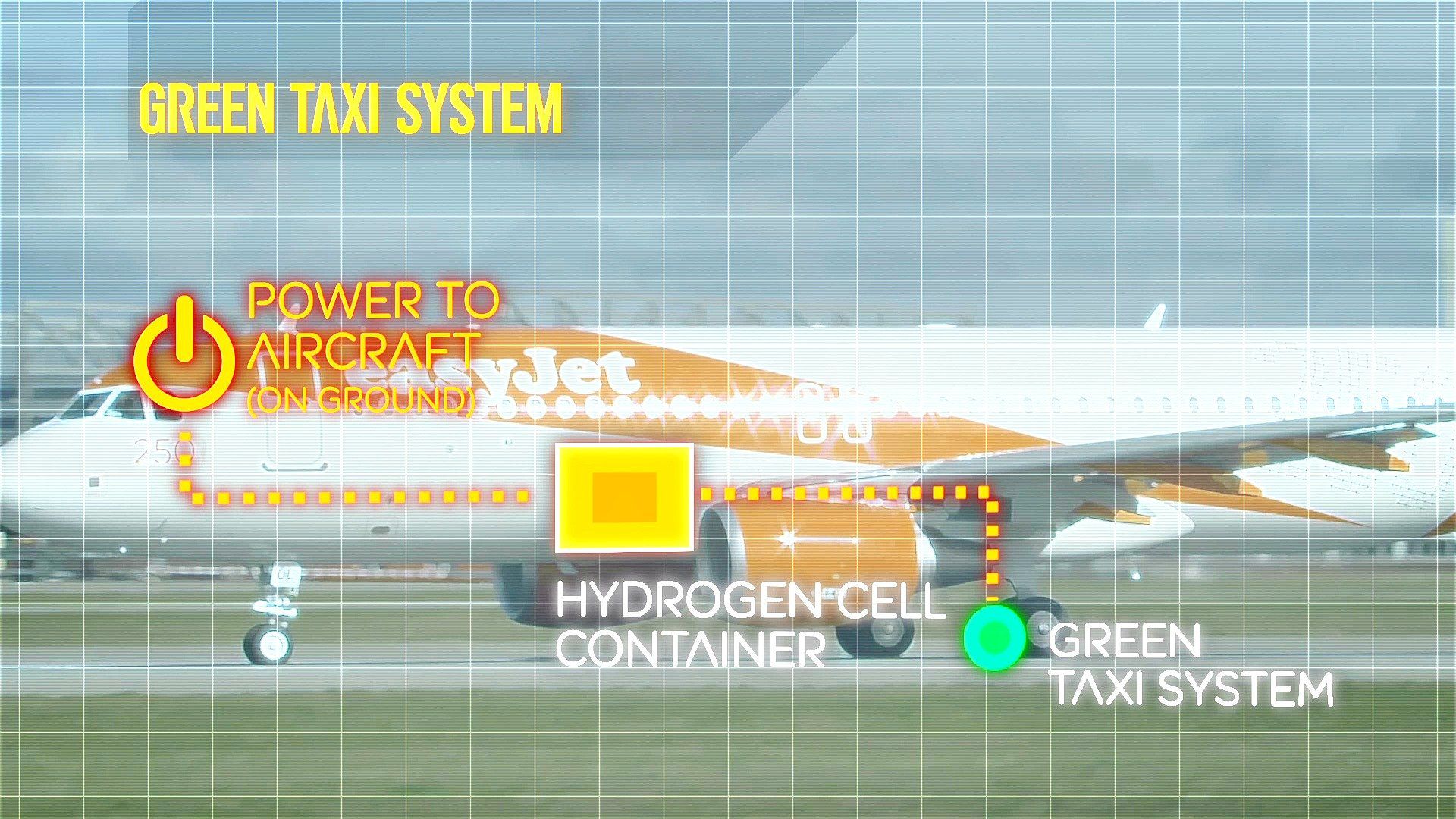 EasyJet is developing a hybrid hydrogen fuel-cell system that could power taxi operations with zero emissions, the company said in a news release today. “Each aircraft would have motors in their main wheels, and electronics and system controllers would give pilots total control of the aircraft’s speed, direction, and braking during taxi operations,” the company said. “The system would therefore reduce, if not remove altogether, the need for tugs to maneuver aircraft in and out of stands, delivering more efficient turnaround times and increased on-time performance.”EasyJet said it will test the technology by the end of this year. The systems could potentially save the airline about 13 million gallons of fuel annually.

The project will utilize a hybrid hydrogen fuel cell stowed in the aircraft’s hold. The system allows energy to be captured as the aircraft brakes on landing and is used to charge the system’s lightweight batteries when the aircraft is on the ground. The energy can then be used by the aircraft while taxiing, without needing to use the jet engines. The only waste product is clean water, which could be used to refill the aircraft’s water system throughout the flight. EasyJet’s aircraft average 20 minutes of taxi time per flight, the equivalent of about 4 million miles a year for the fleet.

EasyJet, based in London, operates a fleet of more than 240 Airbus A319s and A320s. The hydrogen fuel-cell project was inspired by students at Cranfield University, who were asked to develop ideas for what air travel might look like in 20 years, as part of a competition to celebrate easyJet’s 20th birthday last November.