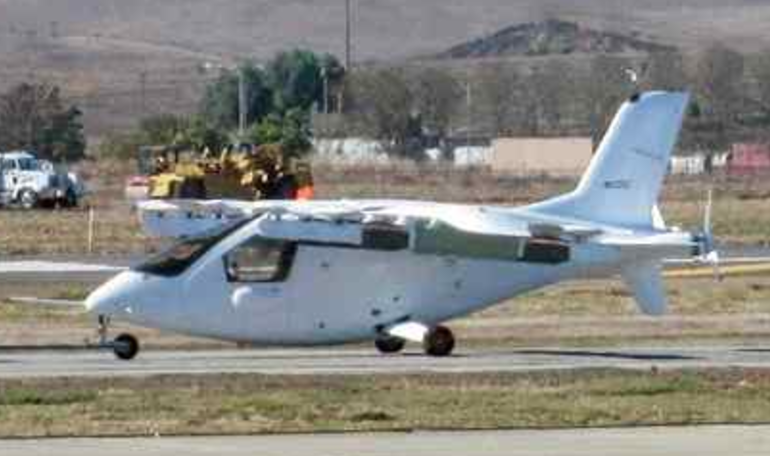 A local newspaper in the Silicon Valley has published photos of a test vehicle apparently under development by Zee Aero, a secretive company reportedly financed by Google founder Larry Page, which is working to develop a VTOL design that could be used as a “flying car.” The aircraft, seen in photos published online by the Monterey Herald, appears to be based on a Tecnam fuselage, with an array of small propellers mounted on booms in front of and behind the wing, and a pusher prop mounted beneath the tail. A knowledgeable source who spoke to AVweb today on condition of anonymity confirmed that the aircraft in the photos is Zee Aero’s latest model.

Two workers at DK Turbines, which is based at the Hollister (California) Municipal Airport, told the Herald they saw the airplane hovering above the runway during two short flights in recent weeks, at a height of about 25 feet off the ground. According to the Herald, Page has invested more than $100 million in Zee Aero. At its website, the company says it is working on a “revolutionary new form of transportation … working at the intersection of aerodynamics, advanced manufacturing, and electric propulsion.” A company official did not respond to an email from AVweb seeking more information about the test flights.