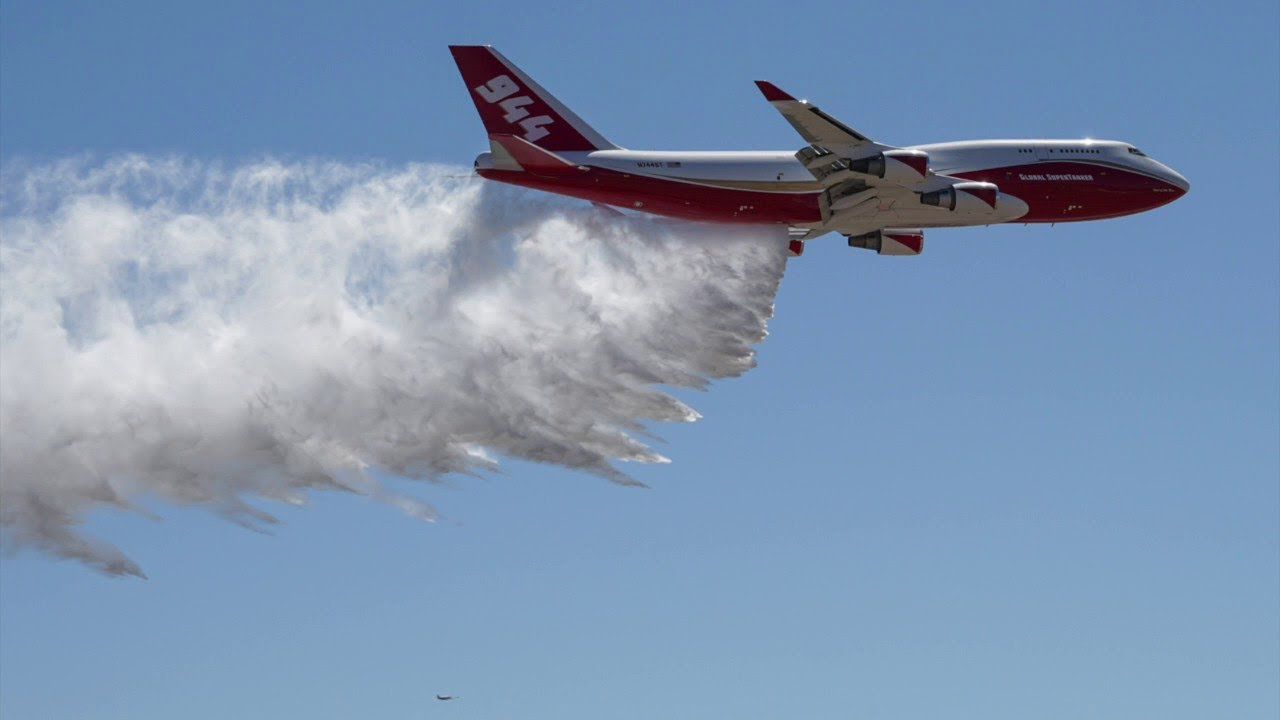 Cal Fire, California’s forest management and fire protection authority, is battling the worst wildfire outbreak in California’s history with the biggest air tanker in the world. Cal Fire’s dedicated air tanker fleet includes 23 Grumman S-2Ts, stationed at 13 air attack bases around the state. According to Cal Fire’s Chief of Flight Operations, Dennis Brown, the Grummans are capable of getting off the ground in five minutes and on station within 20 minutes, but they have a maximum capacity 1,200 gallons, limiting their ability to fight the largest blazes. When only the biggest tanker will do, Cal Fire calls out Air Tanker 944, the Spirit of John Muir.

The converted Boeing 747-400, operated by Global SuperTanker Services, is capable of dropping 19,200 gallons of water, fire retardant or fire suppressant solution per flight. Cal Fire’s Deputy Director, Janet Upton, told the San Bernardino Sun the plane isn’t cheap: “Whether they fly or not, if we call them, it’s going to cost a minimum of $165,000 for three days. Once they fly it will cost $16,500 per flight hour.” Global SuperTanker maintains that their 747 is, for many operations, the cheapest air tanker per gallon dropped with an operational cost comparable to the much smaller C-130. Outfitted with 14 first-class seats and two bunks, Air Tanker 944 can fly from its home base in Colorado Springs, with pilots and staff, to anywhere in North America within 4.5 hours of callout, and drop its full 19,200-gallon load en route to the forward staging base.

The wildfires raging across the Northern California wine country have killed more than 30 people, destroyed thousands of homes and burned nearly 200,000 acres. The San Jose Mercury News reports that a series of electrical problems were called in by residents across Sonoma County in the hours before the fires started, suggesting trees knocked down into power lines by record-strength winds may have sparked the first outbreaks.