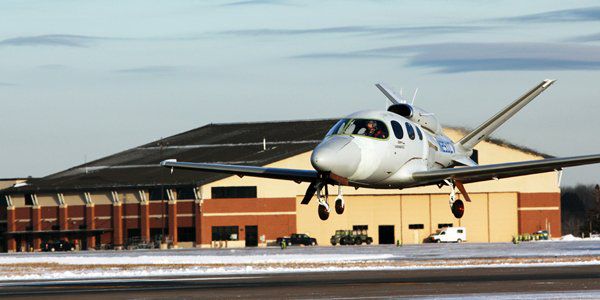 The city of Duluth is asking the State of Minnesota for $4 million to help build a $10 million production facility for Cirrus’s SF50 light jet. At a news conference on Friday, Duluth Mayor Don Ness said the city has already committed to fronting $6 million of the construction cost of a 60,000-square-foot building as part of Cirrus’s current complex at the Duluth Airport. The city will get its money back from lease payments over time. The state funds would come out of general revenue and department of employment and economic development programs. The city is pushing the proposal to ensure the jet is built in Duluth alongside Cirrus’s piston products, but the mayor and Cirrus CEO Dale Klapmeier said at the news conference time is running out for the state to chip in.

Cirrus hopes to have certification for the single-engine jet this year and wants to start deliveries on the backlog of 500 orders in 2016. “We will be time-critical in about a year from now,” Klapmeier told the news conference. The company recently rented 40,000 square feet away from the airport for machining and subassembly work to make room for the jet’s certification program, and the first few SF50s will be built in existing space. Ness said the state has so far been positive about the funding inquiries and he said he’s working to keep all of Cirrus’s production in Duluth. “There’s no question it’s Cirrus that’s the aviation core of Duluth,” he said. “We want to ensure Duluth is the place where Cirrus continues to grow.”