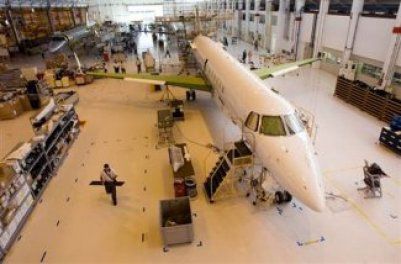 Congress approved $16.3 billion for the FAA’s current fiscal year on Friday, along with tax breaks including another extension of bonus depreciation for capital investments including aircraft. The bonus depreciation measure allows businesses to write off as much as 50 percent of the value of equipment depending on when it was bought and put into service; that benefit will now run through 2019.Congress also made two measures permanent — increased limits for deducting the costs of qualifying equipment, known as IRS Section 179 expensing, and a tax credit for research and development. The FAA funding plan also includes $7 million for the Piston Aviation Fuels Initiative, a program to test alternatives to 100LL avgas.

Aviation groups applauded the measures that passed as part of spending legislation that will keep the government open through September 2016. “While we are pleased that Congress has agreed to extend bonus depreciation with a five-year phase out, we continue to advocate for permanent bonus or permanent full expensing, which would promote greater investments in general aviation aircraft,” said Scott O’Brien, senior manager for finance and tax policy at the National Business Aviation Association. TheGeneral Aviation Manufacturers Association called the R&D a shot in the arm for aircraft innovation.“Making the R&D tax credit permanent is a huge deal and will help manufacturers continue to develop and deliver innovative and advanced safety-enhancing products and spur greater technological development for hybrid and electric propulsion,” saidPete Bunce, GAMA president and CEO.