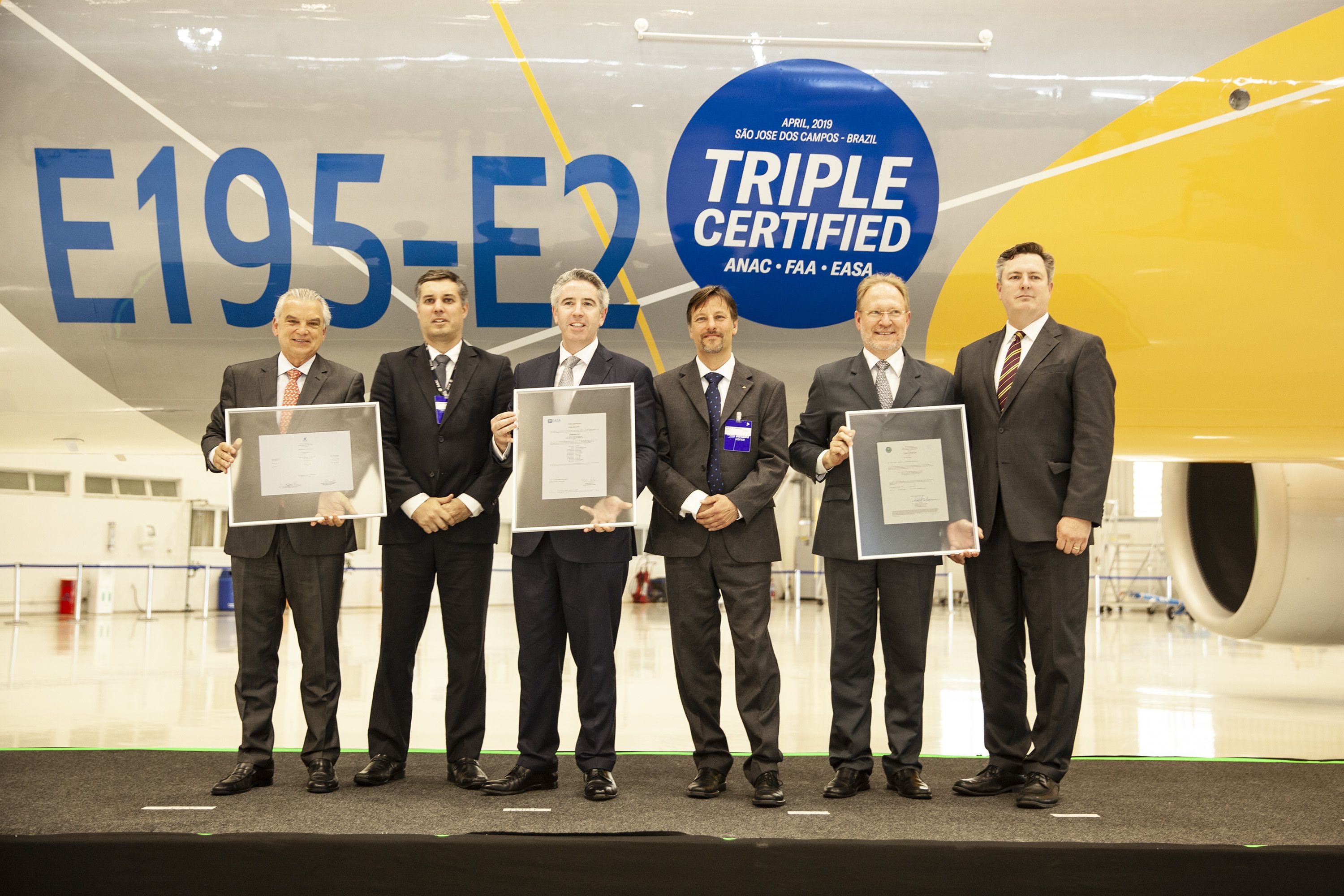 Embraer received type certificates for the updated version of its E195 passenger jet from the FAA, EASA and Brazilian regulatory authority ANAC on Monday. The E195-E2, which has a maximum takeoff weight of 135,585 pounds, is the largest aircraft ever manufactured by Embraer. According to the company, 75% of the aircraft’s systems are new compared to the first-generation E195. Changes include Pratt & Whitney GTF PW1900G engines, an entirely new wing design, full fly-by-wire controls and new landing gear.

“Our flight tests confirmed that the aircraft is better than its original specification,” said Embraer Commercial Aviation CEO John Slattery. “Fuel consumption is 1.4% lower than expected—that’s 25.4% less fuel per seat compared to the current-generation E195. Maintenance costs are 20% lower.”

The E195-E2 can be configured for up to 146 passengers and has a maximum range of 2,600 NM with a full passenger load. The aircraft is scheduled to enter service in the second half of 2019 with Azul Linhas Areas Brasileiras S.A. The first edition to Embraer’s E2 family, the E190-E2, received FAA, EASA and ANAC type certifications in February 2018. The company also has plans for an updated E175 model.