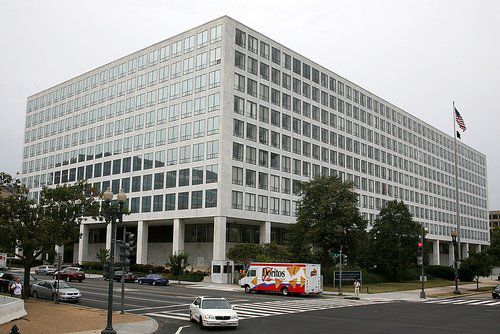 There are probably few people who know more about aviation safety than former AOPA Safety Foundation President Bruce Landsberg so it would seem to be a no-brainer that he cap his influential and important career by becoming the newest member of the NTSB. But it’s a political appointment and the politics of aviation safety are as skewed as they are for anything else so if Lansberg’s appointment isn’t confirmed it won’t be because he’s not qualified to work for the NTSB. It will be because he’s unable to work with politicians.

During his Senate confirmation hearing, Landsberg was grilled over his criticism of the so-called 1,500-hour rule, which requires new airline pilots to have warmed a front window seat for that length of time before getting a job. It doesn’t matter if it’s the well-worn foam rubber of a Cessna trainer or the Nomex covering of a fighter jet, once that clock ticks over, anyone who attains it is qualified, in the simple world of the politicians who crafted it.

“Pilots should be hired and trained by solid criteria, not arbitrary numbers,” Landsberg wrote in a 2010 blog post. This heresy of common sense was too much for six senators who signed a letter before his hearing pointing out his transgression of logic. After all, there hasn’t been a major airliner crash since the law was passed so that proves it works, doesn’t it? For Landsberg’s sake and the future of aviation safety, we can only hope they don’t ask him that because he’ll tell them.

While we wish Landsberg well and we’ll be following his progression, his ordeal is a tawdry peep show that will become a trailer for the grand drama that will play out next year.

FAA Administrator Michael Huerta’s term ends on Jan. 1 and he will leave a leadership vacuum at a time when the agency faces what many regard as a fundamental threat to its effectiveness as the regulator of the world’s most complex aviation system.

Huerta earned a reputation as a decent guy who did his best to do the right thing without creating a lot of fuss. That led many to question his effectiveness but I think we’ll have fond memories of his quiet, some might say plodding, administration (which, by the way, built the infrastructure for NextGen ATC despite numerous politically motivated funding interruptions and delays and kept the system a leader in safety, if not innovation).

It goes without saying that President Donald Trump, an unrepentant cheerleader for removing air traffic control from the FAA’s purview by way of a not-for-profit arm’s length corporation, will appoint a candidate who mirrors those views.

The mind boggles at the possibilities but rest assured there will be a single-minded set of priorities on the top floor at 800 Independence and if you think ATC has been politicized to date, I think the highly charged comments coming out of a corner office in faraway Oshkosh last week offer a glimpse.

EAA Chairman Jack Pelton sounded like he was on the hustings himself when he spun a series of hypotheses on the financial impact of severing ATC from the FAA into a rhetorical rant on things Americans hold dear.

“We’ve known it’s a bad idea for the federal budget, that it could slow modernization, and could very well be unconstitutional,” the normally straight-talking Pelton said in a statement on the financial implications of creating a new ATC corporation. “Now we learn that its budget impact could harm retirement pensions for veterans, funds for victims of major floods, and those who require Medicare coverage.”

At the moment, most Senators agree that hiving off ATC is a bad idea but, as we’ve seen with their simplistic handling of Landsberg’s nomination, they might be out of their league with a dogma-driven, fact-shy process that will try to bulldoze a compliant, or worse, activist, administrator into the FAA’s top job.

Huerta himself suggested he knew where his money was going. At last month’s NBAA convention he strayed from his usual bland state-of-the-FAA report to issue a clear warning to delegates not to “take a hard line” against the separation of ATC and presumably risk isolating themselves from the new way of doing things.

He, like the National Air Traffic Controllers Association, appears to have accepted the bitter pill as the only tonic that can solve the chronic funding security issues facing the agency.If that’s the best reason for this kind of initiative then something is clearly wrong with the process. While government is always about compromise and give and take, it should also always be about trying to make things better for the people it serves, not just make serving them more expedient.

By the way, I for one have taken the pledge to never again refer to the process of creating a separate ATC entity as “privatization” because it is anything but that. It is the creation of a private-sector monopoly which, in my opinion, is potentially infinitely worse than the government autocracy that now exists because there is no accountability or public recourse.

At NBAA, GA leaders repeatedly said “this is not privatization” while standing under banners with slogans calling it just that.To its credit, AOPA recognized the mixed message and there was internal discussion of using the term “monopolization” instead but there’s no evidence it gained any traction. We should get this straight because while the political process will do its best to muddy its meaning, those on the front lines should have a clear mandate and understanding of its meaning in the fight.