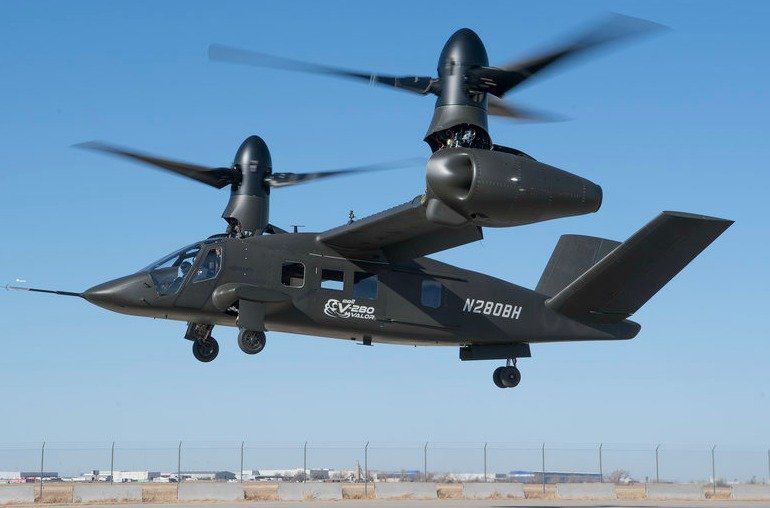 The V-280 Valor, a tilt-rotor under development by Bell Helicopters, flew for the first time on Monday, in Amarillo, Texas, the company has announced. The Valor aims to deliver twice the speed and range of conventional helicopters, according to Bell, and is designed to be versatile and affordable. “The V-280 intends to completely transform what is possible for the military when it comes to battle planning and forward operations,” said Mitch Snyder, Bell’s CEO. The design is competing against the SB-1 Defiant, under development by Sikorsky and Boeing, for a contract that aims to replace the military’s Black Hawk helicopters by the 2030s.

Bell says the V-280 will fly up to 800 NM at speeds up to 280 knots, more than twice the speed and range of current helicopter platforms. It can carry a crew of four and 14 troops, with a total payload of 12,000 pounds. The Defiant project is a more conventional helicopter design, but with a pusher prop added at the tail. It’s expected to fly for the first time next year. The Army is expected to select one of the two designs by 2019.