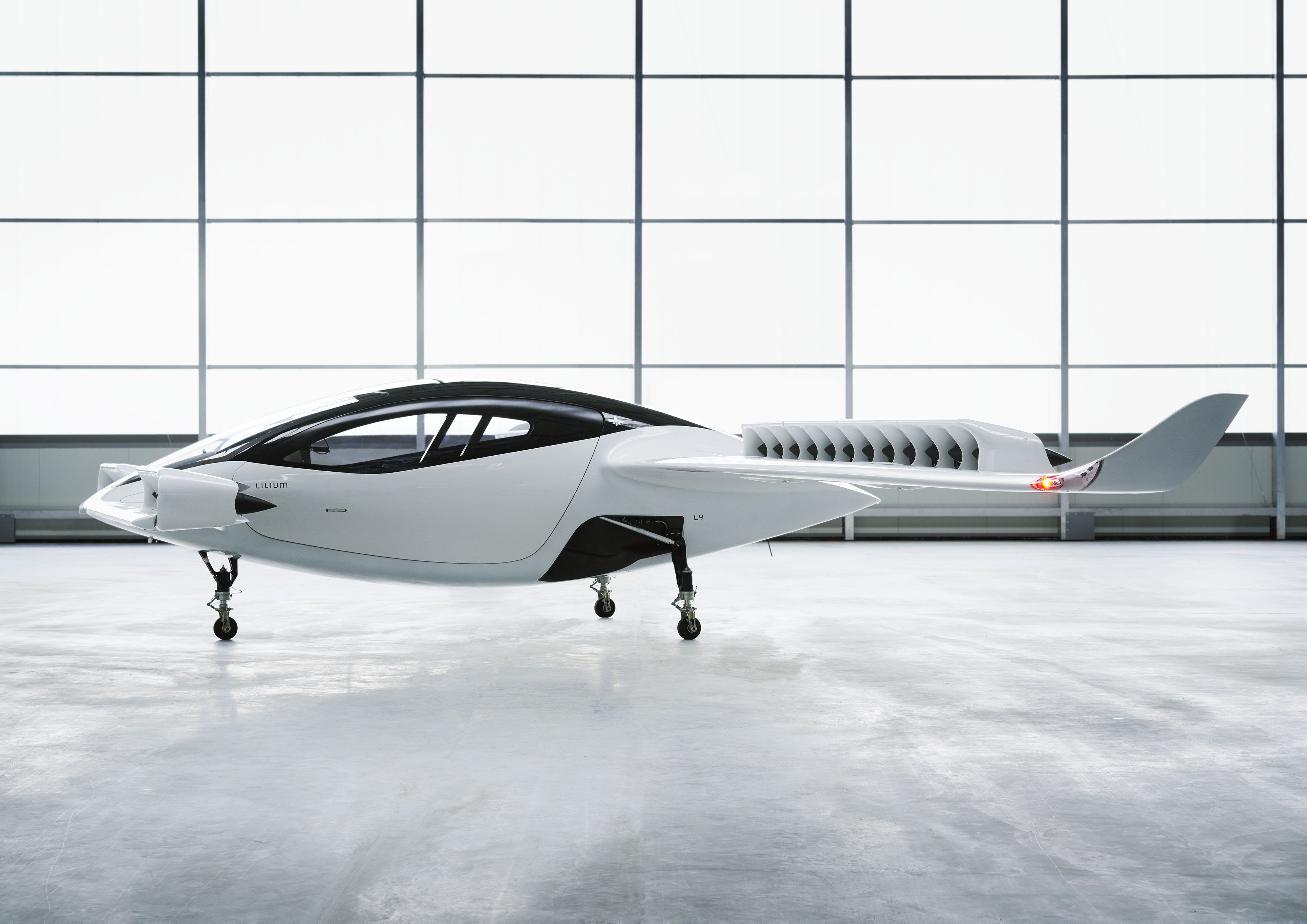 Aspiring air taxi company Lilium officially introduced its new all-electric vertical takeoff and landing (eVTOL) aircraft on Thursday. As shown in the video below, testing of the five-seat Lilium Jet prototype is already underway, with the aircraft having successfully completed its first flight on May 4 after “extensive” ground testing at Lilium’s Munich, Germany, headquarters. The company flight tested a two-seat prototype in 2017.

“While a maiden flight is always a moment of truth for a business, the Lilium Jet performed exactly as expected and responded well to our inputs,” said Lilium Head of Flight Testing Leandro Bigarella. “Our flight test program will now continue with increasingly complex maneuvers as we look toward our next big goal of achieving transition flight, which is when the aircraft moves seamlessly from vertical to horizontal flight.” The aircraft was operated remotely for the flight test.

According to the company, the Lilium Jet is powered by 36 electric “jet engines.” It is expected to have a top speed of 300 km/h (162 knots) and a range of 300 km (162 NM). Lilium says it plans to have its on-demand air taxi service up and running by 2025. The company reports having attracted in excess of $100 million in funding and currently employs more than 300 people.