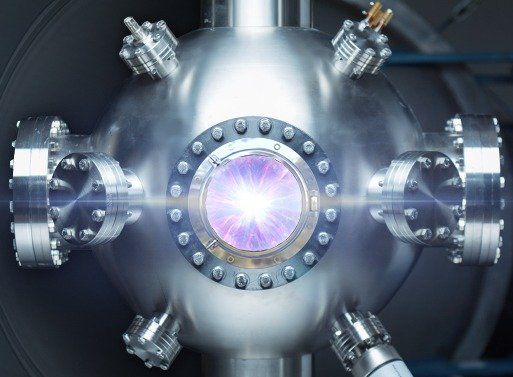 Lockheed Martin is working on a compact fusion reactor that could be small enough to provide a power source for aircraft, and it could be ready to fly in 10 years or less, the company said on Wednesday. “Our compact fusion concept combines several alternative magnetic confinement approaches, taking the best parts of each, and offers a 90-percent size reduction over previous concepts,” said Tom McGuire, compact fusion lead for the Skunk Works’ Revolutionary Technology Programs. “The smaller size will allow us to design, build and test the CFR in less than a year.” After completing several of these design-build-test cycles, the team anticipates being able to produce a prototype in five years. That first prototype should be small enough to fit on the back of a truck, and could provide enough power for a city of 100,000 people, the company said. A C-5 cargo aircraft powered by the reactor could fly for about a year powered by “just a few bottles of gasoline,” the company said. The company says that technology will be available “within the next decade.”

The compact reactor is housed in a magnetic bottle that can handle extremely hot temperatures, reaching hundreds of millions of degrees. By containing the reaction, the technology is then able to release it in a controlled fashion. The heat energy created by the compact fusion reactor will drive turbine generators, by replacing the combustion chambers with simple heat exchangers. In turn, the turbines will then generate electricity or propulsive power for a number of applications. “Unlimited range, unlimited endurance — that’s what nuclear fusion can do for an airplane,” said McGuire. “We think we have a very robust strategy … in 20 years, we have clean power for the world.”