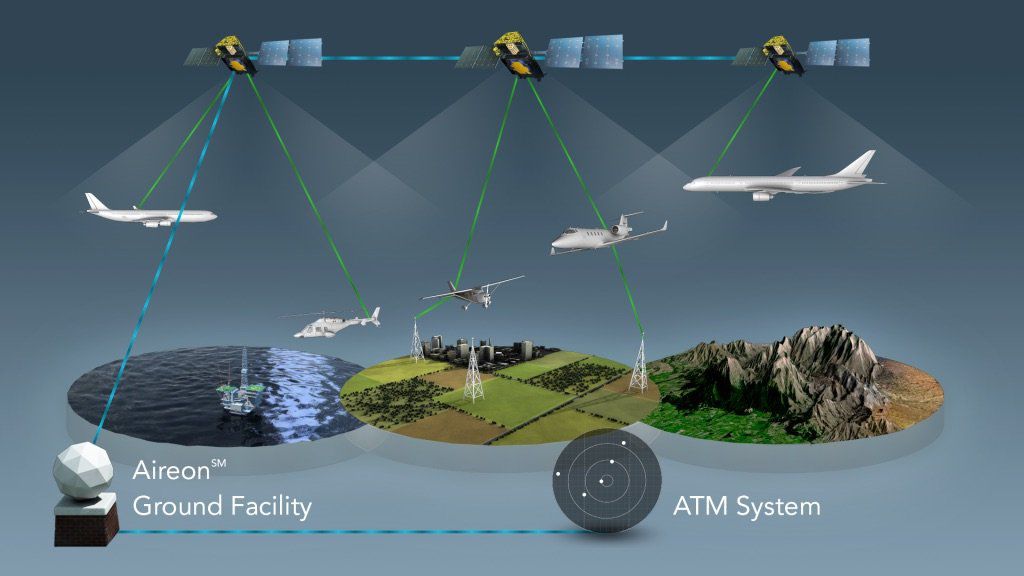 The first airline customer for Aireon’s space-based ADS-B tracking services will be Malaysian Airlines, Aireon reported in a press release issued this week. Aireon is placing ADS-B receivers on Iridium NEXT low earth orbit communications satellites, which will receive location reports from ADS-B Out equipped aircraft and relay that position to end users through Aireon partner SITAONAIR’s AIRCOM service. “Real-time global aircraft tracking has long been a goal of the aviation community,” said Captain Izham Ismail, chief operating officer of Malaysia Airlines. “We are proud to be the first airline to adopt this solution using space-based ADS-B data as part of SITAONAIR’s AIRCOM FlightTracker.” The first ten satellites were launched from Vandenberg Air Force Base in January, and the full constellation is expected to be operational in 2018. The system will allow users to track aircraft flying outside the reach of ground-based ADS-B receivers and radar with GPS-level precision, if the aircraft are transmitting a valid ADS-B signal.

The disappearance of Malaysian Airlines Flight 370 (MH 370), and a years-long search for the aircraft, sparked global interest in tracking of commercial flights in oceanic airspace. The Aireon system is reliant on receipt of ADS-B transponder position reports, suggesting this system would have not have helped to track MH 370, whose transponder was not functioning.

UPDATE: An astute reader noted that a previous version of this article erroneously referred to the missing Malaysian Airlines aircraft as flight MH 380, rather than MH 370.