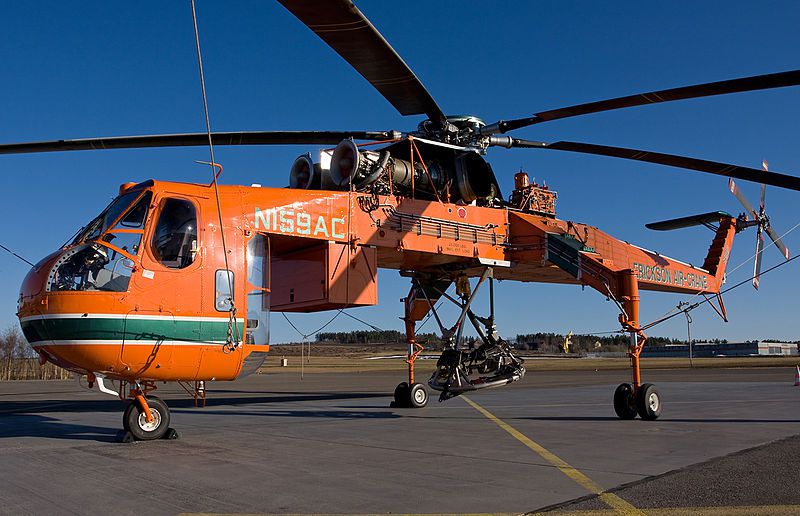 Anyone who’s ever seen an Erickson AirCrane knows how distinctive these flying machines are, and recently one of the aircraft completed an unusual mission to transport an endangered female Sumatran rhinoceros to a wildlife reserve. Laurentius Ambu, the director of the Sabah Wildlife Department in Malaysia, said the rhino is “on the verge of extinction” in the local region. “Without the use of Erickson Air-Crane’s huge Sikorsky S-64 helicopter, this rescue would have been impossible,” he said. The female will be paired with a male that is already at a protected sanctuary. “We hope … we will have baby rhinos very soon,” said Datuk Seri Panglima Masidi Manjun, Malaysia’s minister of the environment.

The female rhino was transported with the use of a sturdy wooden crate that was lifted aloft by the AirCrane from her remote jungle habitat. “Erickson was proud to play a part in this important initiative, helping to protect this critically endangered species,” company spokesman Brian Carlson told AVweb on Tuesday. This was the second time an AirCrane was used to relocate a Sumatran rhino, he said. The Malaysian wildlife agencyalready had decided to send its male rhino to the U.S. to find a mate, Masidi said, before the new female was relocated. If the female proves to be fertile, he said, the male will not have to leave.