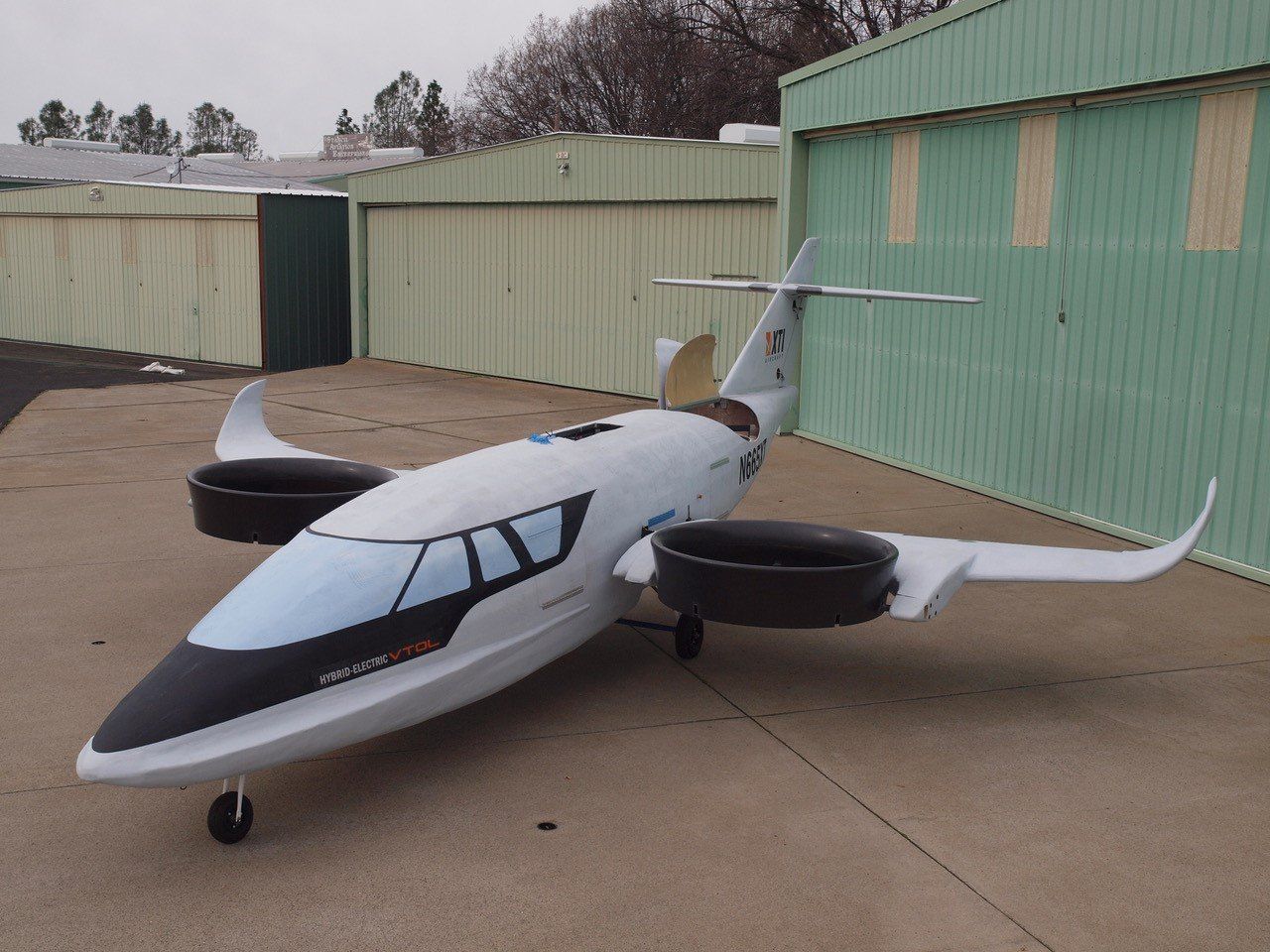 XTI Aircraft Company has successfully completed the first test flights of its TriFan 600 hybrid-electric vertical takeoff and landing (VTOL) aircraft proof of concept prototype. While the initial hover testing was conducted at California’s Placerville Airport (PVF) where the aircraft was constructed, XTI says that future test flights will take place at an authorized unmanned aircraft systems (UAS) testing facility in Utah. As shown in the video below, the aircraft was tethered and unmanned for its first forays off the ground. The proof of concept prototype is a 65% scale version of the TriFan 600.

“This is the moment the entire XTI team, our investors, customers, and many others have been waiting for and working toward. In one year, we have progressed from conceptual design to a flying prototype,” said XTI CEO Robert LaBelle. “The aircraft proved to be stable in hover and had no problems throughout several runs.”

According to XTI, ground tests were conducted to validate the aircraft’s electric motors, battery system, ducts, propellers, flight controls, electrical systems and instrumentation from January through April 2019. The full-sized TriFan 600 will seat a pilot and five passengers and is expected to have a top cruise speed of 300 knots, maximum cruising altitude of 29,000 feet and range of up to 1,400 NM. The company reports that it currently has 77 orders on the books for the aircraft.