EXCELSIOR SPRINGS, Missouri — From where Dennis Fetters sits, it’s frustratingto try to deliver a low-cost, relatively simple kit helicopter only to have people getupset when problems arise, as they have been wont to do this year on the Mini-500helicopter kits his company, RevolutionHelicopter Corp., manufactures. "We work hard to put together the most-affordablehelicopter kit possible and we strive to pick parts that have a long, 2,000-hour lifeexpectancy," an upset Fetters said recently. 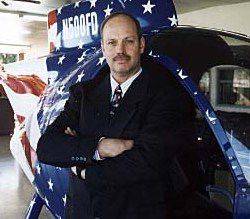 But from the PIC seat that Fred Stewartoccupies as head of Mid-American Helicopters outsideSt. Louis, Fetters’ largest dealer, the kit company hasn’t made good on claims Stewartsays Revolution makes in its literature. "The 2,000-hour thing is a joke,"Stewart said. "Everybody I know has had cracks develop in their Alphas (the firstMini-500 airframes) in just a few hours — even the factory prototype," Stewartexplained. "Transmission failures and clutch problems, rotor-head problems, airframecracks. It’s gotten to be too much."

The catalyst for the outcry of Stewart and several other Mini-500 owners: fourmust-comply service bulletins — RHC calls them ADs — from Aug. 19 to Sept. 3, 1997,three of them on consecutive days starting Aug. 19. "And we’re told now the solutionis to spend thousands to upgrade to the Bravo components Dennis is marketing now in thenew airframe."

Fetters counters that RHC met the conditions of its contracts with all of itsapproximately 400 customers — including Stewart and the others. "They all have tosign the same contract that outlines what the warranty is, the work involved, theirresponsibilities as builders and mine as the kit supplier," Fetters explained. Hestressed that RHC tries to help out customers with problems on the Mini-500s, even whenthe ship usually is out of warranty. "Then some them come back at you when thingsdon’t work out — and it’s almost always an avoidable problem, something of their ownmaking," he said. "Like failing to properly balance the rotor and transmissionsystems. That’s what caused many of the problems people are complaining about now."

There are other complaints sounded by Stewart and echoed by other builders, complaintsabout bad transmissions with too-soft gears that broke, correlator-linkage breakage,cracked and broken transmission mounts. And a review or the various in-house AD lettersand service bulletins does seem to indicate that the company has struggled with problemsborn of poor design, substandard components from vendors, and others that have helped keepFetters and company busy correcting. Or at least trying to correct.

Both Fetters and his detractors claim the ships fly well, as promised. RHC supplied AVwebwith a variety of endorsements from flight-test articles and owners. But this much isconceded by both sides: making a safe, sturdy, inexpensive helicopter out of Revolution’s$25,000 kit is more involved than it appears on the surface. And there has been a pot ofproblems, a stew of builders’ and of vendors’ making, and even of Revolution’s making.

Where the opposing parties part company is in their view of whether Fetters has doneenough, quickly enough, to help his builders as painlessly as possible. 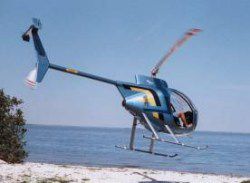 For example, Fetters concedes that numerous problems have surfaced thatprompted changes, including problems with the main transmissions. Fetters contends it wasa vendor problem — and a builder problem. The vendor supplied incorrect gears; thebuilders didn’t adjust and balance the mounting correctly. Fetters did what he could aboutthe vendor problem and found another; he also upgraded the parts on the Bravo model andoffered Alpha owners the option of upgrading their clutches and transmissions and rotorparts. It’s a set of options that totals more than $3,000. And those are special pricesRHC offered its customers on a "while-supplies-last" basis. The costs would beeven higher later. "I couldn’t keep my prices low enough for people to afford thesekits if I gave away parts," Fetters explained.

Said Stewart and a number of builders, "We shouldn’t have to pay for mistakes ofRevolution’s vendors. "I paid for those parts once," said builder Chuck VanThomme, whose Mini-500 suffered from the transmission problem. Van Thomme had an expensivetransmission problem — the gears failed, because, he said, Rockwell tests found the gearmaterial too soft.

Fetters maintains Van Thomme didn’t follow the instructions for adjusting the"prep-assembled" main transmission and clutch assembly. Regardless, Van Thommewas offered the special price for replacement parts, Fetters maintains, even through thekit was out of warranty.

Similar dissatisfaction surrounds the admonition that the solution for some problems isthe Bravo components upgrade. "We were told this was a 2,000-hour product, other thanthe engine," Stewart said. "I don’t know anybody whose Mini-500 got to 100 hourswithout the airframe cracking — even the company prototype."

Fetters concedes the RHC prototype also developed cracks that had to be repaired. Buthe disputes that 2,000-hour expectation of people who remember the advertising literaturebut not terms of the purchase contract.

"We don’t guarantee the airframe or any of the parts for 2,000 hours,"Fetters said. "We say the individual parts, except for the engine, are designed tolast 2,000 hours. "How well the parts hold up depends on the quality and attention todetail of the builder, and we’ve had all sorts of problems with people who deviated fromthe plans or the builder’s manual, call for help and not tell us about how they deviatedfrom the plans."

Fetters has a point. Virtually every kitplane maker — and there are scores marketingmore than 450 individual models — stresses that adherence to its plans is the only way abuilder can be assured that the finished product’s strength, integrity and performancematch the company prototype. And that admonition applies to construction, balancing,ground and flight testing — the entire process the kit manufacturer outlined. 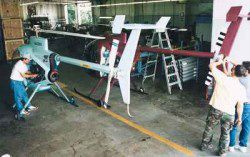 Where the Mini-500 is concerned, Fetters explained, the most crucial aspect ofconstruction comes after the helicopter is constructed and ready to break in and balance.Hours of ground operation and precise balancing steps are required to assure the smoothfunctioning of all rotating components. Otherwise, any remaining vibration is cause forconcern, a breakage in waiting. "That’s why we offer factory balancing to ourcustomers," Fetters stressed. In fact, RHC’s new post-assembly 90-day/40-hourwarranty requires pre-inspection and preliminary balancing by an authorized RHC servicecenter.

Stewart countered that this doesn’t explain why Revolution itself continued to haveproblems with its prototype and demonstrator ship — or why Stewart’s own demo helicoptercontinued to have problems after the factory balanced it.

Don’t try this at home…

What may explain why some Mini-500s have had problems even at the hands of experienced,diligent builders: flying habits.

Many a spectator and prospect has been wowed by the impressive flight demonstrationsfactory and dealers’ pilots fly at events like Oshkosh. But apparently what makes goodimpressions also makes for airframe damage, including the breakage of the maintransmission mount on a ship performing radical demos at Oshkosh. Viewers likely left withthe impression that the high-load maneuverings were no sweat for the Mini-500.

Not so, says Stewart on his dealership’s Web page — a statement he wrote after talkingto RHC staff. Now the Bravo airframe, with its improved powertrain components and heavierframe…

Worse, still, many builders said, is receiving the "airworthiness directives"RHC voluntarily delivers to its customers when a problem surfaces only to find out thatparts aren’t available — or that new parts are required, sometimes expensive, sometimesinexpensive, but otherwise unavailable.

But worst of all was receiving the letter offering the Bravo airframe upgrade touted assolving all the problems of the Alpha frame. "How would you feel if you spent allthat money, had things break before it was out of test flight, and be told that a newairframe is recommended," said Van Thomme. Said Stewart, "I think it’sunconscionable that we’ve spent all this money one a product that was supposed to last2,000 hours and be told we have to spend more money because of things like bad gears thatDennis sold us."

Another complaint from Stewart and others is that RHC sometimes finds a problem longbefore builders are informed. Fetters responds that RHC goes farther than it has to — andfarther than other kit makers — to keep its customers appraised of problems andimprovements and upgrade options. The flurry of paperwork RHC laid on its customers thissummer seems ample confirmation that Fetters takes safety information seriously.

RHC also informs builders of optional changes that can improve the Mini-500’s flyingqualities. In addition to the four "mandatory service bulletins RHC issued in Augustand September, the company also sent builders two notices of improvements to the cycliclinkage and collective hand grip.

But critics say some problems aren’t communicated as quickly or completely as theyshould be. Stewart told a story about RHC’s own prototype suffering a break in thecorrelator control during the EAA convention in Oshkosh back during the summer. "Theyhad that piece welded and painted up before the crowds showed the next day but they didn’ttell anyone," he said. "A few weeks later one of my customers had his correlatorbreak in-flight and he had to make an emergency autorotation to land. Fortunately, thepilot had thousands of hours in helicopters.

Fetters confirmed the Oshkosh story and contended that no business in its right mind isgoing to broadcast information about a problem at the giant airshow. "I’m notsuicidal," he said. Besides, Fetters contends, it’s in the builders’ best intereststhat RHC take time to get the big picture, to learn what caused a problem, determinewhether it’s likely to repeat in field-built ships, and craft a well-engineered fix beforesending an AD.

"Otherwise, we’d be telling them we’ve found a problem but they’ve got to groundtheir ship until we have a fix," Fetters said. "And you don’t see the bigairplane companies doing that."

Fetters has been diligently working to solve all the Mini-500’s problems andend some of the confusion that seems to exist among his builders, something of a"continuous quality improvement" effort which has already effected the upgradedBravo model. Revolution recently added an optional warranty that doesn’t begin until theFAA signs off the helicopter for flight tests to complement the 90-day warranty thatstarts when the buyer takes delivery of the kit.

The helicopter kit maker also has offered at-cost pricing on Bravo-level powertraincomponents as well as free and at-cost replacement parts needed to meet its in-house ADrequirements. Unfortunately, there have been times when the only replacement partsavailable were the same type as ones targeted for replacement.

"I want people to succeed, to be happy with their Mini-500 and to enjoy it foryears to come," Fetters said. "We’ve got hundreds of endorsements from satisfiedbuilders and great endorsements from the magazines that have written about the Mini-500.We build the best product we can for the lowest price we can and that means a lot of theresponsibility for the success rests with the builder’s efforts and attention to ourinstructions."