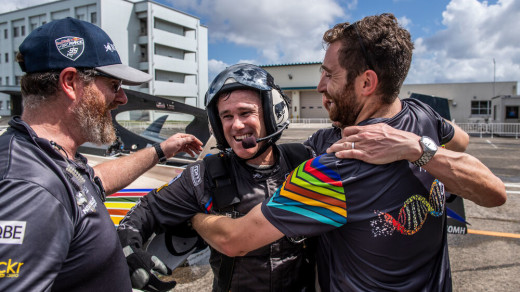 Australia’s Matt Hall became the last ever Red Bull Air Race champion on Sunday with a third-place finish in the event’s final race in Chiba, Japan. The third-place finish earned him enough points in the points race to win the overall championship for the truncated final year of the iconic race series. Japan’s Yoshide Muroya placed first in Sunday’s race and ended up second in overall points. American Kirby Chambliss was in second place on Sunday while Canadian Pete McLeod finished fourth.

The Red Bull Air Races began in 2003 and took a three-year hiatus in 2011. They resumed in 2014 and a total of 94 races have been held in locations all over the world. The races combined aerobatics and timed races through a course of pylons, usually over water, but most of the races held in the U.S. were staged at car racing venues, including the brickyard at Indianapolis and NASCAR speedways in Dallas and Las Vegas.