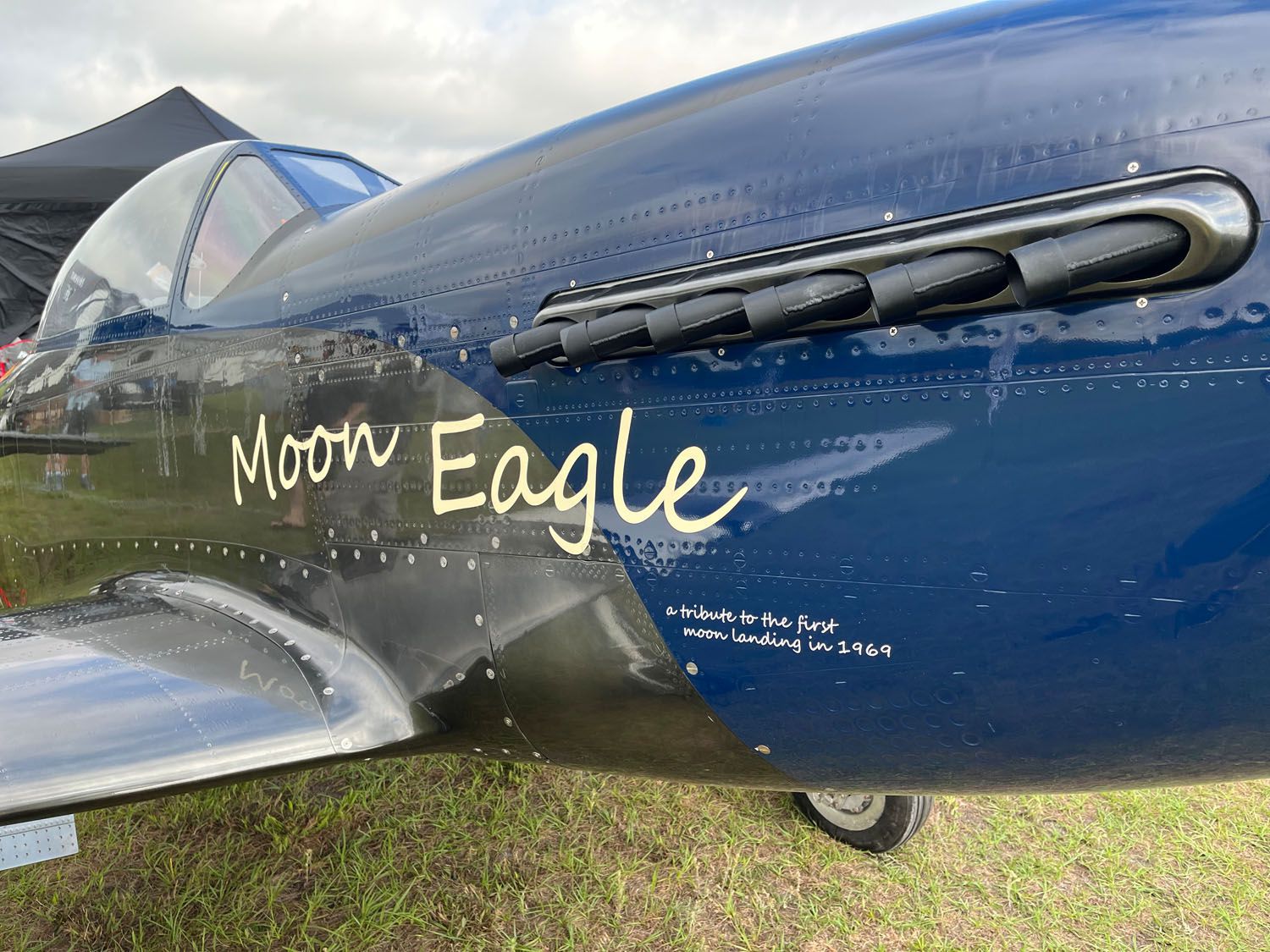 Every year at Sun ‘n Fun one or two planes generate a buzz that sparks everyone’s interest. This year, that plane is the Scale Wings SW-51, straight from Eggenfelden, Germany. What distinguishes this 70% replica of the iconic P-51 Mustang fighter of World War II is the unbelievable attention to detail. The whole airframe is made from carbon fiber composite, but you have to get within 18 inches of the surfaces to see what all the talk is about.

This scale model is truly to scale. Every single skin rivet on the P-51 is reproduced in carbon fiber. Approaching the aircraft, even a seasoned homebuilder would conclude that the SW-51 is a flush-riveted aluminum structure. That observation is confirmed by looking in the cockpit and seeing the shop heads on the rivets. But in reality, it ain’t so. All of the rivets, even the interior shop heads, are molded reproductions of the original Mustang. SW-51 design engineer Hans Schwoellor, formerly an RC model developer, constructed the molds in over 16,000 hours, painstakingly recreating every panel line, every fairing and every rivet to exact 70% scale. The attention to detail is jaw dropping.

Hans finished the molds and constructed the first proof of concept aircraft in 2013. After a first flight in 2014 he set about perfecting flight control continuity and confirming load capabilities. While other aircraft developers would use sand bags to test wing loading, Hans designed and built a jig with 48 computer controlled pneumatic cylinders for testing.

The brilliant engineer met entrepreneur Christian Von Kessel in 2016. Christian put together a team of investors and production specialists to transform this phenomenal aircraft into something that could be replicated and sold. Von Kessel and fellow Scalewings executive Sebastian Glueck, brought a full-size mock-up of the SW-51 to Sun ‘n Fun, straight from their factory in Krasno, Poland (in the famed “Aviation Valley” of Europe).

The production SW-51 will be sold “Ready to Fly” and licensed in the Experimental Exhibition category with the FAA. Scalewings’ U.S. partner, Titan aircraft, has two aircraft on order. The flying aircraft have been powered by Rotax 915-iS engines and have registered top level speeds of 150 knots. A turbo-Rotax is projected to produce a TAS cruise of 180 knots at 15,000 feet. 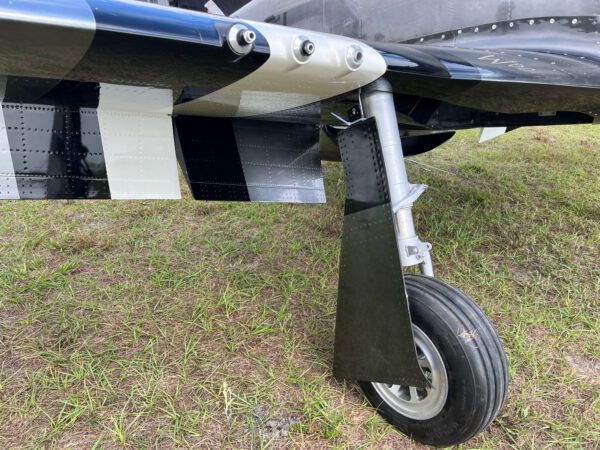 One final bit of data will lead any pilot to simply slap their forehead and start to laugh uncontrollably. Although powered by the ubiquitous Rotax power plant, the carbon fiber cowling efficiently masks its normally high frequency buzzing rasp. The most prominent sound coming from the SW-51 on a low pass comes from the scale 4 bladed carbon fiber prop. You will simply not believe it until you hear it for yourself—see the video below. Turn up the volume and you will hear the unmistakable sound of an Allison/Rolls-Royce V-12.

At the end of the show, all of the grass around the SW-51 will be dead.

This article was originally published by KITPLANES Magazine.