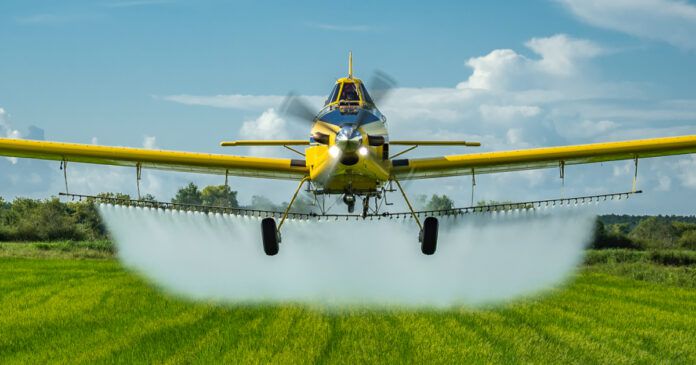 The National Agricultural Aviation Association (NAAA) has appealed to operators of unmanned aircraft (UAs) to “be mindful” of the vulnerability of low-flying aircraft flying aerial applications missions. “With Russia’s invasion of Ukraine restricting a huge portion of the world’s food supply,” said NAAA CEO Andrew Moore, “we cannot afford even a small disruption in the nation’s food supply chain. Agricultural aviators deliver nutrients, seeds and crop protection products to crops that will become consumers’ food and fiber supply in the U.S. and around the world. Their work cannot be delayed because of an unmanned aircraft not yielding to them, as is required by law.”

Agricultural aviators, who treat 127 million acres of cropland in the United States each year, fly as low as 10 feet off the ground, sharing airspace with UAs that are restricted by law to altitudes less than 400 feet above the surface. The association cited a test conducted by stakeholders including the Colorado Agricultural Aviation Association and other manned and unmanned aircraft organizations. The test showed that pilots were unable to continuously visually track a 28-inch-wide unmanned aircraft when flying at regular speeds. “While they might be spotted for a second,” NAAA wrote, “UAs are not constantly visible to pilots, meaning it is up to the drone operator to avoid a collision.”

Give the right of way to a manned aircraft; Equip drones with tracking technology, such as ADS-B In; Get certified and well-trained in operating an unmanned aircraft; Contact local consult AgAviation.org/findapplicator before flying their drones; Equip UAs with visible strobe lights and high visibility marking; Carry UA liability insurance; and “Land your unmanned aircraft immediately when a low-flying aircraft is nearby.”