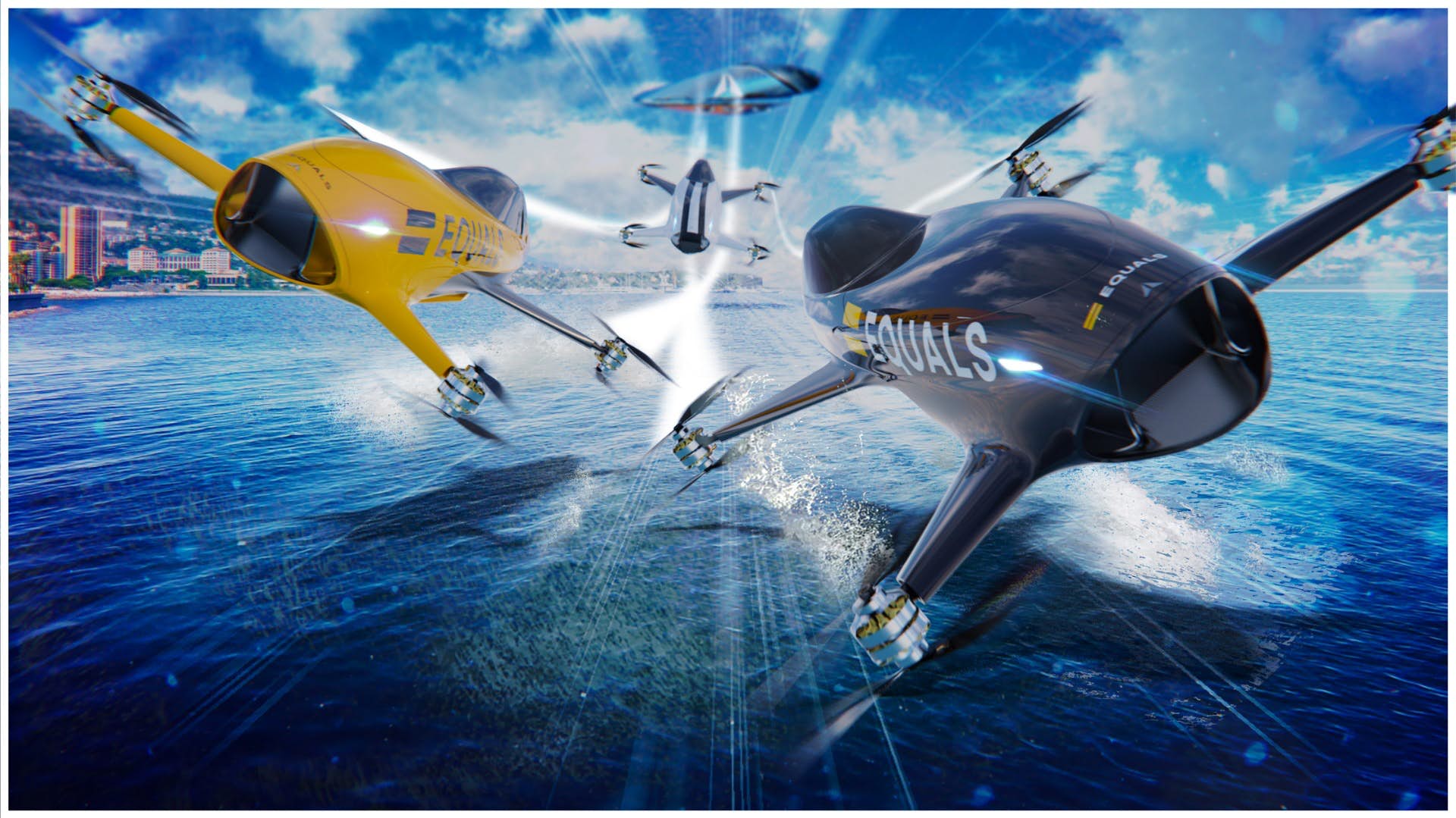 Sydney-based Alauda is positioning its Airspeeder series as an aerial equivalent of Formula 1 car racing, with 10 quad- or octo-copters among five teams competing for a single championship. A combination of single-vehicle time trails and head-to-head competition are said to ensure a thrilling spectacle.

While it hasn’t said as much, the assumption is the company will try to stage the races above existing racetracks. “What we’ve done is merge an F1 car with a racing drone and turn it into something completely new,” says Alauda’s founder Matt Pearson. Attaching itself to existing car racing helps leverage a ready-made audience, though there’s been no mention of how to keep these aircraft out of spectator areas. An anti-collision proximity system is said to be part of the technology.

Powered by “massive” 500-kilowatt lithium-polymer batteries, the eight-motor (50-kilowatt each) Airspeeders are expected to be capable of 124 MPH and compete at roughly 60 feet above the ground. Alauda claims the vehicles will weigh 250 kilograms and be able to carry 100 kilograms more, meaning the all-up weight will be about 770 pounds. The main chassis is expected to be 13 feet long and fitted with lightweight bodywork that evokes classic Formula 1 racecar designs, such as the Lotus 49.

Alauda says it will be testing a manned, full-size version later this year and will be demonstrating at the Goodwood Festival of Speed July 5-7, 2019. (See the live stream here.)