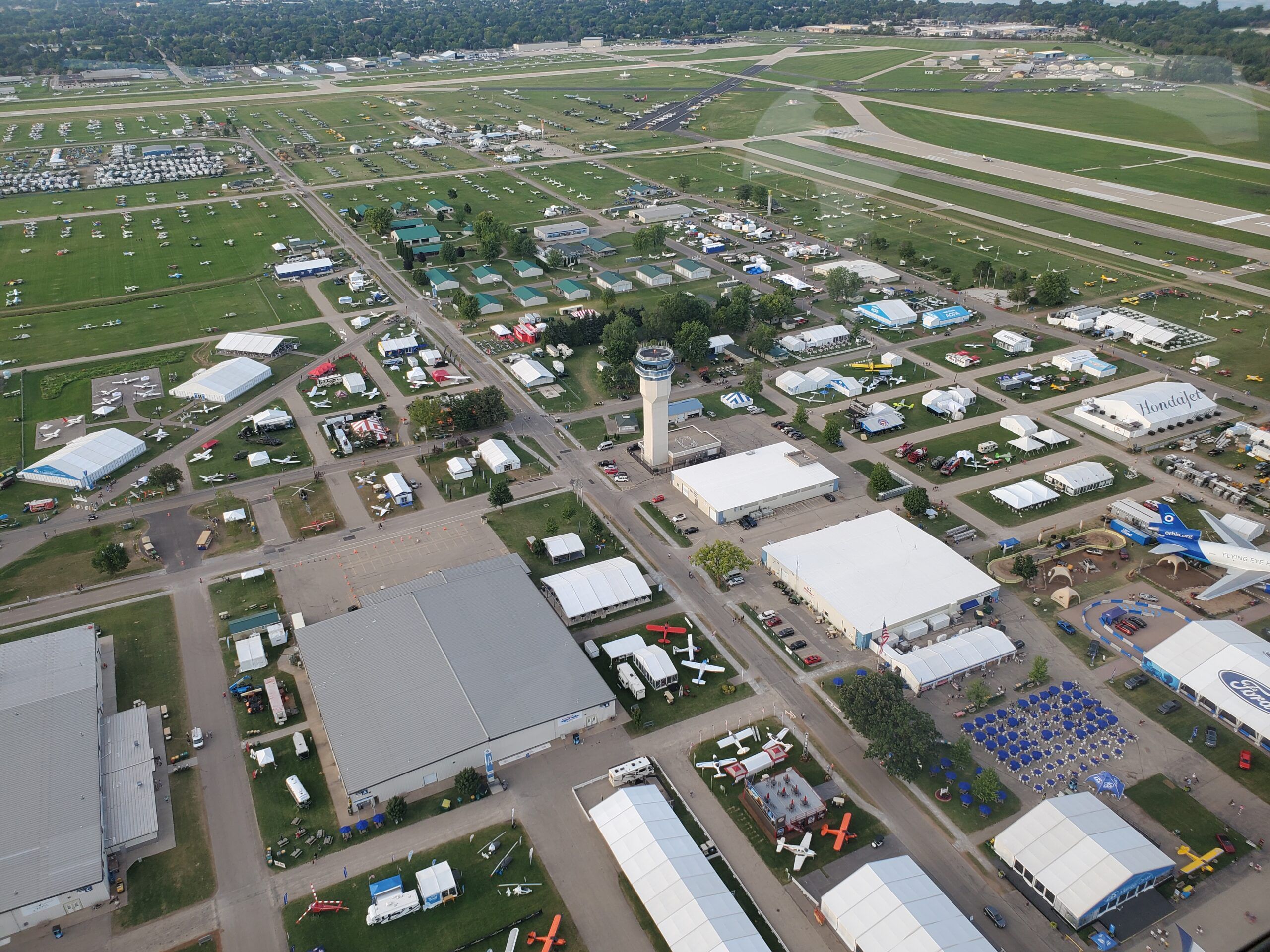 AirVenture 2021 might not have set attendance records—although it was close—but it set sales on fire, according to some companies AVweb canvassed. Traffic through the booths and outdoor venues was, at times, shoulder to shoulder and more of the attendees were pilots and aircraft owners with pent-up dollars in their wallets.

Yakima, Washington-based CubCrafters sold 34 certified airplanes, double the volume of 2019, which was itself a strong show. And that doesn’t include a number of kit sales, according to Chip Allen, who sells the company’s line of airplanes. The orders will keep the factory busy through 2022. Although CubCrafters enjoys the loyalty of repeat buyers, Allen said most if not all of the show sales were customers new to the company.

“Oshkosh was amazing,” said Craig Barnett of Scheme Designers, which specializes in designing paint work for new and used aircraft. “We signed up 50 percent more new clients than our best OSH ever.  We were constantly busy for the first six days, and even managed a few sales on the last couple of days,” he said. While he was concerned about COVID-19, Barnett said, the fact that his staff was masked didn’t put buyers off. (Mask use on the grounds was virtually nil.)

Although pandemic restrictions nixed AirVenture in 2020, aircraft and accessory sales through the year perked right along but vendors weren’t necessarily expecting a big year. “Overall, I think everyone was excited to be there. It felt like a homecoming of sorts. Typically, OSH feels very positive and fun, but this year felt exceptionally so. The level of camaraderie felt elevated,” said Ivy McIver, director of the SR product line for Cirrus.

Other companies reported the attendees were dense with pilots. “My observation was that there were more pilots than ever before, but less non-pilots. Which makes some sense, with many locals deciding to stay out of the COVID fray. That all made it a very good show for us,” said Robert Hamilton of Dynon Avionics, which continues to see strong sales for both its experimental and certified lines of avionics.

“It had been good all spring, but we have seen an acceleration starting seven months ago,” said Matt Ruwe of Bose. “At this point, I’m expecting the trend to continue as airline pilots start to be called back in larger numbers. Our only regret for Oshkosh was probably not bringing enough staff and product,” he added. Bose and headset competitor Lightspeed shared one concern: How to have people try on headsets someone else had just worn. “We had a procedure to wipe them down and people were very patient in waiting for that,” said Teresa De Mers of Lightspeed. She said the show was one of the best ever. “It was very busy at our booth all week. It was customer after customer and that’s the way we like it. Great experience to be back face to face with many of our customers from around the country. We did have bigger sales total this year versus 2019, but we feel it could have been even better without the mid-week weather event which caused many aircraft to leave early,” said Rob Irwin of Aircraft Spruce & Specialty.

As we’ve previously reported, attendance for AirVenture 2021 was about 5 percent lower than 2019, but marked only the third time it has exceeded 600,000 for the week. On Monday, there were more than double the total aircraft on the field compared to 2019.