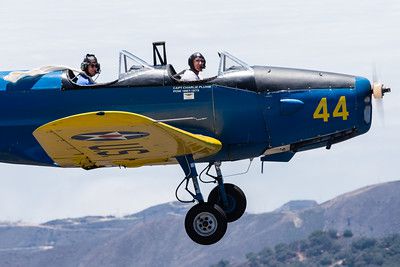 The Commemorative Air Force is expanding and is offering one new chapter its first classic aircraft to pamper. The CAF says it’s looking for communities that share its passion to showcase and honor U.S. military aviation history. There 83 units that care for and fly 170 aircraft worldwide and three were added last year. CAF has identified four cities that have shown the interest and commitment necessary to keep aviation history alive. “Each year, more and more of our nation’s history is lost to the ravages of time, and it is our responsibility to help ensure that history is preserved and remembered,” said Commemorative Air Force President Hank Coates. “To do this, we need continued public support to honor the memory of the nation’s World War II heroes and the aircraft they flew.”

To inspire interest, the group will assign one of the new groups it attracts a PT-19 Cornell, a Second World War open-cockpit trainer that was used to train hundreds of thousands of U.S. and allied pilots. CAF has identified four cities—Huntsville, Alabama; Birmingham, Alabama; Bowling Green, Kentucky; and Smyrna, Tennessee—as potential CAF hosts but it’s open to taking applications from any other community that might be interested. A step-by-step guide to applying for consideration has been created. “Over this past very challenging year, we’ve been amazed by the strong interest from people across the country to establish a CAF Unit in their hometown,” said Coates.