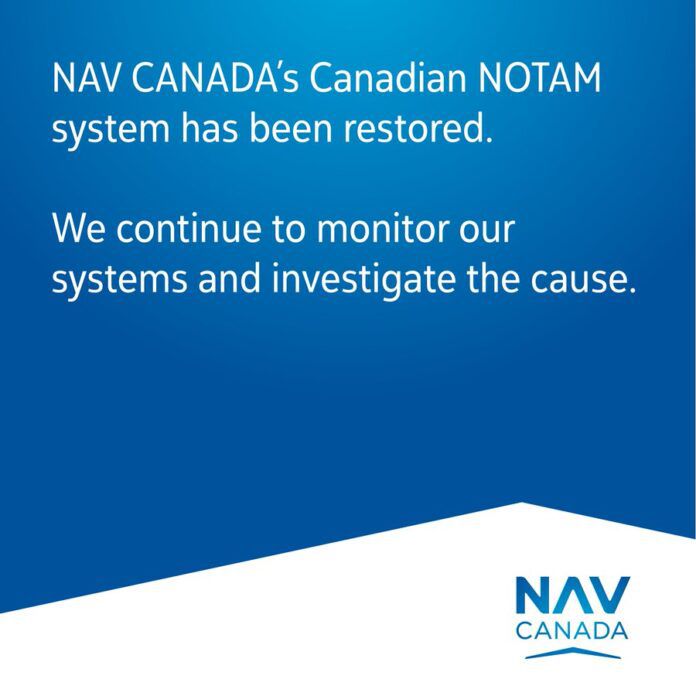 Canada lost its NOTAM system for a few hours on Wednesday, but there were no flight delays. As a ground stop initiated by the failure of the FAA NOTAM system delayed or canceled thousands of flights, the Canadian system, operated by Nav Canada, employed some sort of workaround to keep flights operating. “NAV CANADA’s Canadian NOTAM entry system experienced an outage affecting newly issued NOTAMs at approximately 10:20 a.m. ET and was restored approximately at 1:15 p.m.,” Nav Canada spokeswoman Vanessa Adams told Global News. “Mitigations were in place to support continued operations.”

Adams told the network that the outage was a coincidence. “We are still investigating the root cause of the failure,” she said in an email statement. “At this time, we do not believe the cause is related to the FAA outage experienced earlier today.” Flights from Canada to the U.S. were among those stopped by the difficulties in the U.S.