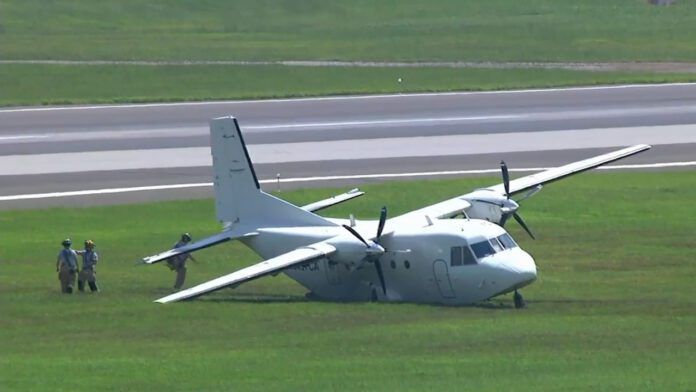 The pilot of a twin that made an emergency landing at Raleigh (RDU) International Airport in North Carolina last week reportedly told the tower his copilot jumped from the plane at 3500 feet about 14 miles from the airport. The new information was contained in a recording of a 911 call placed by FAA employees in the airport tower. “We have a pilot who was inbound to the field. His copilot jumped out of the aircraft. He made impact to the ground and here are the coordinates,” one of the tower employees tells the 911 dispatcher. The body of Charles Hew Crooks, 23, was found about four hours later in a Raleigh suburb.

Police and federal authorities have not released further details on the circumstances of incident. The unidentified pilot of the CA-212, a small turboprop cargo aircraft, headed for Raleigh after the right landing gear of the plane was damaged while operating at a small airport south of Raleigh. The aircraft landed safely and the pilot suffered only minor injuries. The NTSB and FAA are both investigating.